LONDON (AP) — Britain’s Queen Elizabeth II (AFP, pic below) spent a night in a hospital for checks this week after cancelling an official trip to Northern Ireland on medical advice, Buckingham Palace said on Thursday.

The palace said the 95-year-old British monarch went to the private King Edward VII’s Hospital in London on Wednesday for “preliminary investigations”. It said she returned to her Windsor Castle home at lunchtime on Thursday, “and remains in good spirits”.

On Wednesday, the Queen cancelled a scheduled trip to mark 100 years since the creation of Northern Ireland, and the palace said she had “reluctantly” accepted medical advice to rest for a few days. It did not elaborate, but the decision was understood not to be COVID-related. The queen has been vaccinated against the coronavirus.

The palace confirmed the queen’s hospital stay after The Sun newspaper reported the news. 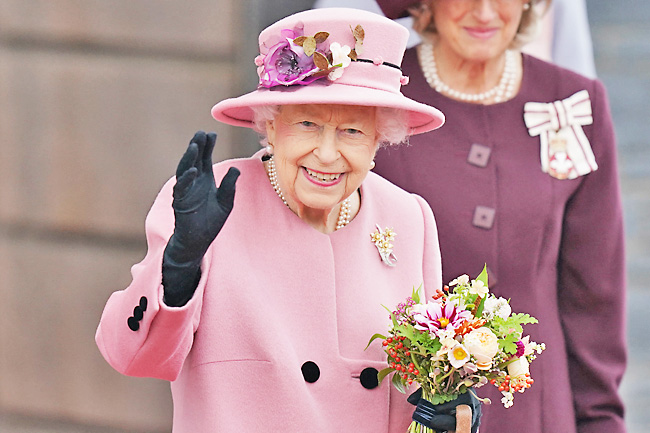