LONDON (AP) – Four days of celebrations honouring Queen Elizabeth II’s 70 years on the throne were underway yesterday with a display of British military traditions from the days of cannon to the jet age.

Formal celebrations for the Platinum Jubilee begin with Trooping the Colour, an annual military review that has marked the sovereign’s official birthday since 1760.

The queen is expected to join the working members of her family on the balcony of Buckingham Palace at the end of the event, when 70 aircraft are set to roar overhead.

The jubilee is being commemorated with a four-day holiday weekend. The celebration of Elizabeth’s reign includes a service of thanksgiving today at St Paul’s Cathedral in London, a concert at Buckingham Palace tomorrow and a pageant staged by thousands of performers drawn from schools and community groups around the country on Sunday afternoon.

Throughout the weekend, neighbourhood organisations and individuals are expected to hold thousands of street parties around the country, repeating a tradition that began with the queen’s coronation in 1953. 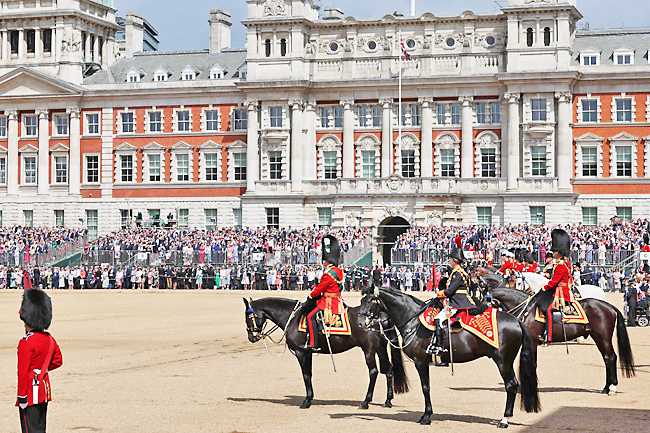