UK hospitals told to prioritise blood due to stock shortage

LONDON (AFP) – British health officials yesterday warned that non-urgent hospital operations could be cancelled due to a shortage in blood stocks, calling for more supplies.

The warning came as National Health Service Blood and Transplant (NHSBT), which collects blood and other tissues, issued its first “amber alert” warning.

“Asking hospitals to limit their use of blood is not a step we take lightly,” said the service’s interim chief executive Wendy Clark.

“This is a vital measure to protect patients who need blood the most,” she added, apologising to patients whose surgery could be cancelled.

The amber alert will last for an initial four weeks to allow stocks to be replenished, particularly of O-type blood – the most common. 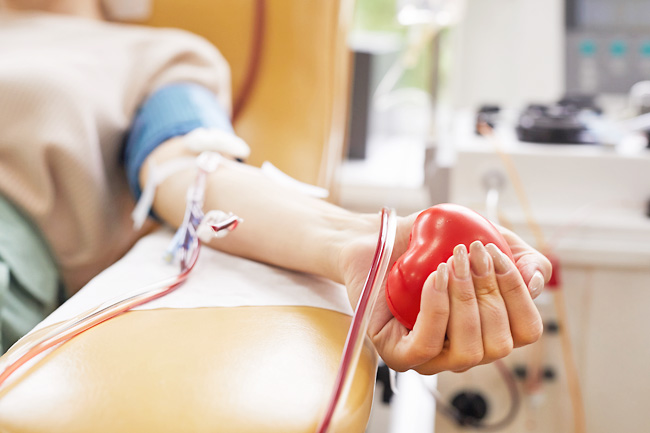 Priority is being given to patients who need blood the most, such as for transfusions for people with long-term conditions.

Hospitals will continue to carry out urgent, emergency or trauma surgery, as well as for cancer and transplants, NHSBT added. But non-urgent surgery could be postponed, adding to a waiting list crisis in the publicly funded health service, which the government is under pressure to tackle.

Some 6.84 million people were on the waiting list in England at the end of July, according to figures from NHS England published in September.

NHSBT aims to hold more than six days of overall blood stocks but levels of group O types are predicted to fall below two days.

Stocks of other groups are expected to enter amber levels in the next few weeks.

NHSBT said maintaining blood stocks had been a challenge since the pandemic because of staff shortages at donor centres but also changes in donor habits.

Blood can only be stored for 35 days, which means there is a constant need for donations – and specific blood types.

NHSBT assesses supply according to demand from patients and hospitals to prevent waste and to provide required blood types.