The property search website said the average asking price dropped by 2.1 per cent in December to GBP359,137, an acceleration from the 1.1 per cent decline in October. While sellers usually offer discounts in December to help complete sales before Christmas, Rightmove said the reduction was larger than usual for this time of year.

The figures add to evidence of a downturn in the property market, with the two biggest mortgage lenders reporting prices fell in each of the past three months. Rightmove said the drop in values next year is set to be limited to two per cent as constraints on affordability of new homes are balanced by an increase in people looking to buy.

“Some buyers are distracted, not only by the festive season, but also by the thought that they may get a better fixed rate mortgage deal and a more stable outlook by waiting until the new year,” said Rightmove’s director of property science Tim Bannister. “Our data suggests that there are many ready-to-go movers out there waiting for what they feel to be the right time to enter the market in 2023.”

Rightmove said the number of views on its website rose 11 per cent from a year ago, a sign that interest remains strong among potential buyers.

House prices in the south west of England fell the most in December, registering a drop of 3.4 per cent. The decline was not as pronounced in London, but the capital has seen the second-worst rate of annual growth in the country, up only 4.6 per cent from 2021.

December’s findings put price growth at 5.6 per cent for 2022, a slowdown on the 6.3 per cent growth seen in 2021. That underscores the toll that rising mortgage costs and economic uncertainty have taken on the market over the course of the year.

The Bank of England raised rates eight times in the past year, with its key rate hitting three per cent in November, up from close to zero in 2021. Interest rates on mortgages shot up to above six per cent in the wake of the former government’s disastrous fiscal statement on September 23, and have not dropped far below those heights, even though financial conditions have since stabilised. 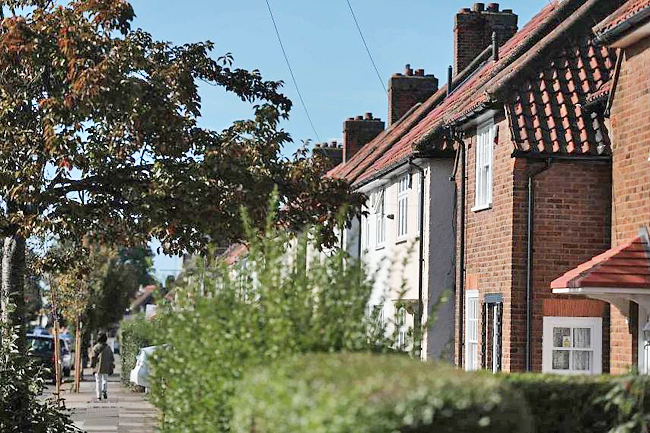