LONDON (AFP) – Britain yesterday sought to defuse a row with Tirana after Prime Minister Edi Rama accused it of blaming Albanians for causing its immigration problems.

Foreign Secretary James Cleverly held talks with Rama in London and tweeted late on Wednesday that they had “an important meeting”.

“We agree that we must break the business model of people smugglers who are putting lives at risk,” he added.

Government Minister Graham Stuart yesterday morning also spoke of Britain’s “gratitude” to Albania for its “cooperation” in tackling the issue.

Both ministers’ words struck a more conciliatory tone towards Albania than Interior Minister Suella Braverman, who accused Albanian asylum-seekers of exploiting modern slavery laws to gain the right to stay in Britain.

That prompted an angry response from Rama, who accused Britain of actively “discriminating” against Albanians. “Targetting Albanians as the cause of Britain’s crime and border problems makes for easy rhetoric but ignores hard fact,” Rama tweeted on Wednesday.

“Albanians in the United Kingdom (UK) work hard and pay tax. (The) UK should fight the crime gangs of all nationalities and stop discriminating… to excuse policy failures,” he added.

Stuart praised Albania for sending senior police officers to help speed up the processing of claimants and highlighted an “expedited system” to return failed asylum-seekers.

Braverman earlier this week caused outrage, including a rebuke from the new United Nations (UN) rights chief, for describing the record number of migrants using small boats to cross the Channel from northern Europe as an “invasion”.

“We are trying to work in co-operation, but clearly there’s pressure,” said Stuart. “It can lead to language which is sometimes unfortunate and it is worth putting on record our gratitude to the Albanian government for their co-operation in working to sort this out,” he told Sky News. 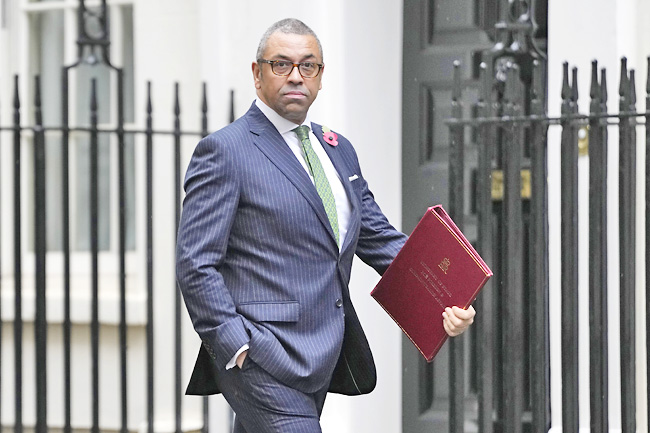