NEW ORLEANS (AP) – A New Orleans Police Department employee who was moonlighting as an Uber driver was stabbed to death by a passenger in what a sheriff said was a random act of deadly violence.

Yolanda Dillion, 54, was a fiscal analyst with the police department, New Orleans police Chief Shaun Ferguson said on Friday. She was stabbed multiple times on Thursday afternoon in her car in the parking lot of a hotel in neighbouring Jefferson Parish. She died later at a hospital.

Jefferson Parish Sheriff Joe Lopinto said detectives worked with Uber to determine the identity of her passenger, who had been picked up in New Orleans. They found him staying at the hotel. Lopinto said Brandon Jacobs, 29, of Harvey, admitted to the killing.

“He stated that he woke up yesterday morning and decided he was going to kill someone,” Lopinto said during a news conference with Ferguson at the sheriff’s office in Gretna.

Online records showed Jacobs was being held without bond on a second-degree murder charge. There was no information on whether he had an attorney.

The sheriff said Jacobs posted video of the aftermath of the stabbing on social media and authorities worked with Facebook to have it taken down.

“We asked him specifically, ‘How did you pick her?’ His response was, ‘I didn’t pick her, Uber picked her.’ Meaning that she was the random person that picked him up that day,” Lopinto said.

Ferguson, who is retiring as the head of New Orleans’ Police Department at the end of the year, said Dillion was a 10-year employee of the department. He described her as quiet and humble, adding that she did important work for the department.

“This was just something that definitely blindsided everyone,” Ferguson said. Lopinto said Jacobs is believed to be from the New Orleans area originally. 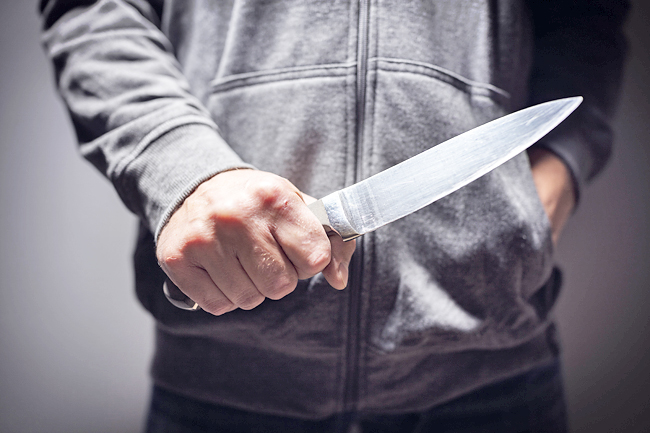