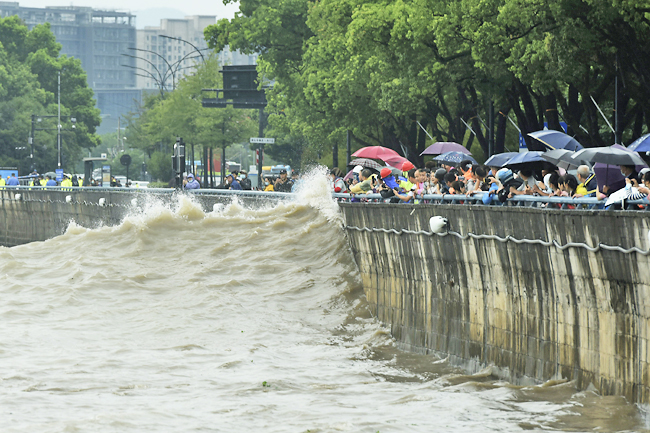 Muifa is the strongest tropical cyclone to hit Shanghai – home to more than 25 million people – since record-keeping began in 1949, state broadcaster CCTV said. However, there were no immediate reports of any deaths or casualties.

At least 426,000 people were evacuated in Shanghai and another 1.2 million people were taken to temporary shelters in neighbouring Zhejiang province, CCTV added.