NEW DELHI (AFP) – Indian police said yesterday they have arrested three people including a man claiming to be an occult practitioner for allegedly killing two women as human sacrifices in the belief they would become rich.

Shafi told the couple, Bhagaval Singh and wife Laila from the southern state of Kerala, that the “human sacrifice was the way to great riches”, police said.

Shafi, previously accused of rape, “enticed” the first victim to Singh’s home in June on the pretext of a role in a local movie.

Investigators said Shafi then convinced the couple to take part in a second sacrifice in September after they complained their fortunes had not changed. 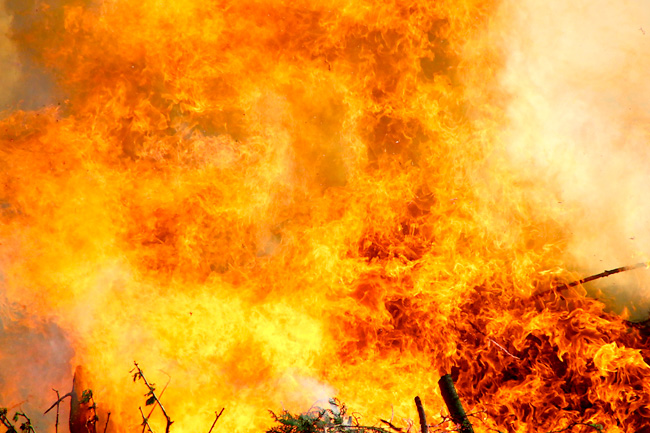 “We were already investigating the case of the first missing woman when we found that the last mobile phone location of (another) woman who went missing in September was also around the couple’s home,” Kumar said.

Both women made a living selling lottery tickets door-to-door. Their mutilated bodies were buried in the couple’s compound. Police are now investigating if Shafi was also involved in other cases.

Neighbours of Singh, who described himself as a traditional healer, told the Hindustan Times newspaper that “it was difficult for them to believe he was a party to gory murders”.

“Many people used to come here for treatment for fractures, bruises and other such ailments. We never suspected anything foul and he was well mannered as well,” Gopan K told the daily.

Experts said belief in witchcraft and the occult remains widespread in many tribal and remote areas of India, where occasional incidents of human sacrifice have been reported.

Earlier this month two men were arrested for allegedly killing a six-year-old child in the capital New Delhi, reports said.

The construction workers told police they were under the influence of cannabis and murdered the boy as a sacrifice to get rich.