FORT WORTH, TEXAS (AP) – Two suspects, including a teen, have been arrested in connection with a drive-by shooting in Fort Worth last week that left a 17-year-old and a five-year-old dead, police said on Tuesday.

Anthony Ray Bell-Johnson, 21, and a 16-year-old male juvenile have been charged with capital murder.

In a statement, police said the pair were arrested and jailed over the Labour Day weekend.

Police were not releasing the identity of the teen because of his age. It was unclear from jail records if either suspect had an attorney.

Killed in the August 28 shooting were Rayshard Scott, five, and his cousin, Jamarrien Monroe, 17.

Police said a car drove up to a house in far north Fort Worth at about 2.15pm, and a person or persons in the vehicle opened fire on the front yard. 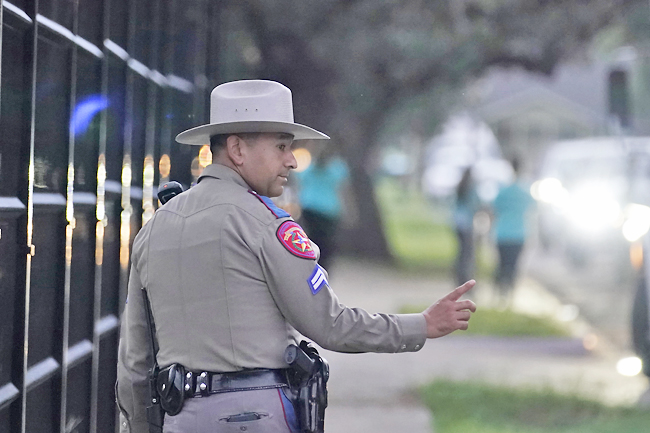 Jamarrien Monroe’s mother Tijuana West told the Fort Worth Star-Telegram that she was upstairs when she heard what sounded like fireworks.

“It happened so fast,” she said. “I was just trying to figure out where my babies were.”

She said she and her sister, Rayshard’s mother, live together in the home with their other children.

Jamarrien had an 18-month-old son who was wounded in the shooting but is recovering well. The child did not live at the home but visited often, West said.

Jamarrien liked to sing and play basketball, played with the kids in the extended family and neighbourhood often, West said. She said she was baffled why someone would open fire on their home.

“My son is not in a gang or a drug dealer… He was like any other 17-year-old who was trying to figure it out,” she said.