Two people were killed in separate road accidents which occurred nearly 12 hours apart.
The first incident was reported at 10.36pm on Monday, involving a foreign national in a car collision near the Kiulap underpass, according to the Royal Brunei Police Force (RBPF).

Paramedics pronounced the 43-year-old man dead at the scene. The deceased was transported to the Raja Isteri Pengiran Anak Saleha (RIPAS) Hospital for a more detailed investigation.

In the second incident, the Sengkurong Police Station received a call at 10.01am yesterday, regarding a collision between a vehicle and a trailer near Mulaut Primary School.

Eleven firefighters led by SO Misli bin Haji Pungut, rushed to the scene, where they immediately removed the vehicle’s battery before using a crowbar and a bolt cutter to remove the victim from the wreckage.

In a statement, the RBPF said that the victim, a local woman 47, was pronounced dead at the scene by paramedics. A report from the RIPAS Hospital later confirmed that the victim had died from injuries caused by the crash.

The cause of the accident is under investigation.

The RBPF urged road users to remain fully focussed while driving, especially when exiting and entering a junction.

Road users are also reminded to belt up for added safety while driving, particularly during vehicle collisions. 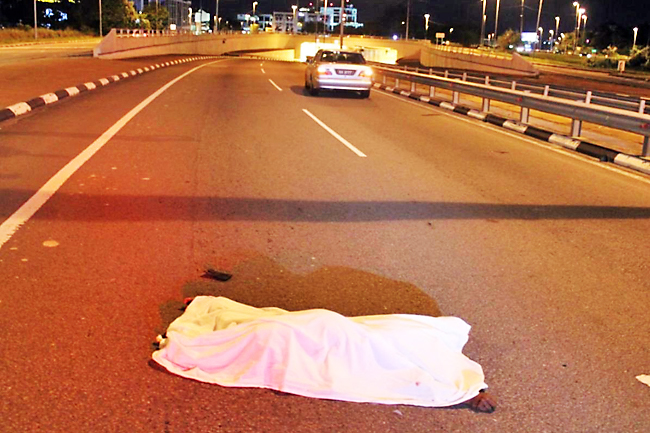