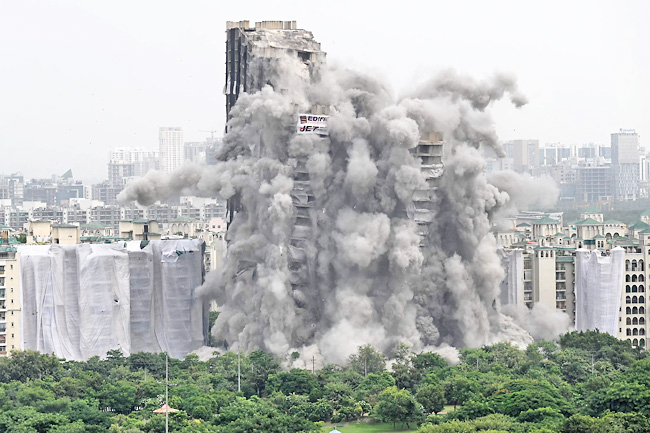 NEW DELHI (AP) – Two high-rise apartment towers in India were levelled to the ground in a controlled demolition on Sunday after the country’s top court declared them illegal for violating building norms, officials said. They became India’s tallest structures to be razed to the ground.

More than 1,500 families vacated their apartments in the area more than seven hours before the nearly 100-metre-tall towers crumbled inward by the impact of the implosion.