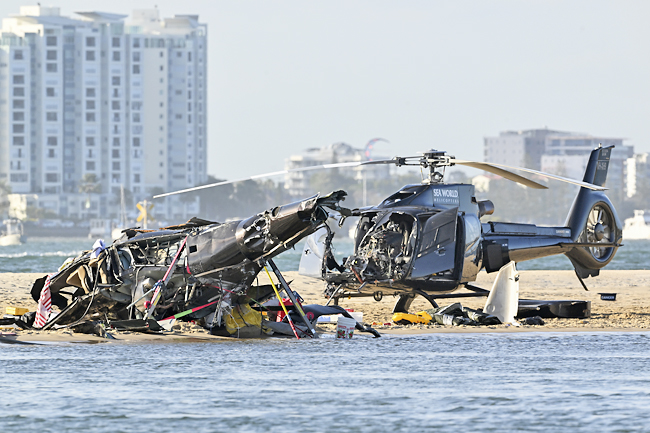 Three other people were in critical condition, police said, describing how bystanders had rushed to haul passengers from an upside-down helicopter.