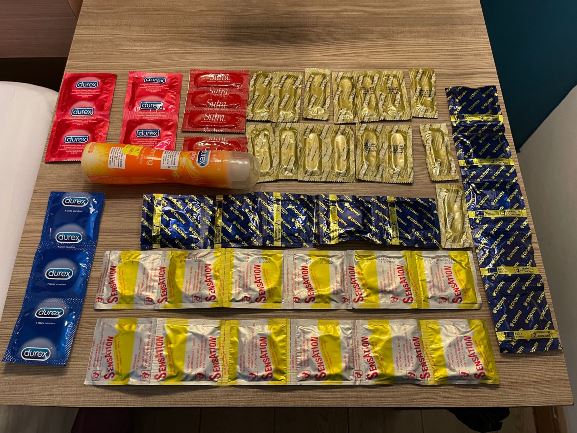 A raid targetting two rooms at a hotel in Bandar Seri Begawan found the suspects aged 34 and 44 allegedly offering sexual services, according to the RBPF. Police personnel unearthed several evidence including mobile phone, cash, condoms and lubricant believed to be used for immoral activities.