The Syahadah was recited in the presence of officers from the Tutong District Dakwah Unit of the Islamic Da’wah Centre (PDI).

The event began with the recitation of Sayyidul Istighfar and Surah Al-Fatihah, followed with the presentation of souvenirs by the guest of honour. Further enlivening the event was a Dikir Marhaban and Tausyeh by the Nurul Huda Group.

A Doa Selamat concluded the event.

Between January and December 2020, a total of 436 individuals converted to Islam nationwide, 94 of which were from the Iban community. Meanwhile, the number of people who have converted to Islam throughout the Sultanate since the beginning of this year is 87. 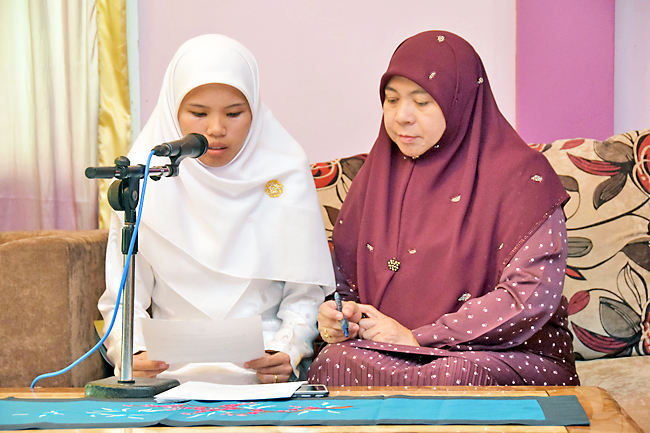