Personnel from the Royal Brunei Police Force (RBPF) detained two suspects who attempted to smuggle 300 bottles and 192 cans of alcohol into the country, during a patrol around Pekan Bangar on Thursday.

On noticing the suspicious vehicle, police personnel gave chase. The driver and passenger were found at a coffee farm at Kampong Negalang.

An inspection of the vehicle uncovered black plastic boxes containing the contraband. The suspects – a local and a permanent resident aged 20 and 21 – together with the contraband were hauled to the Bangar Police Station. The case has been handed over to the Religious Enforcement Division and Royal Customs and Excise Department. 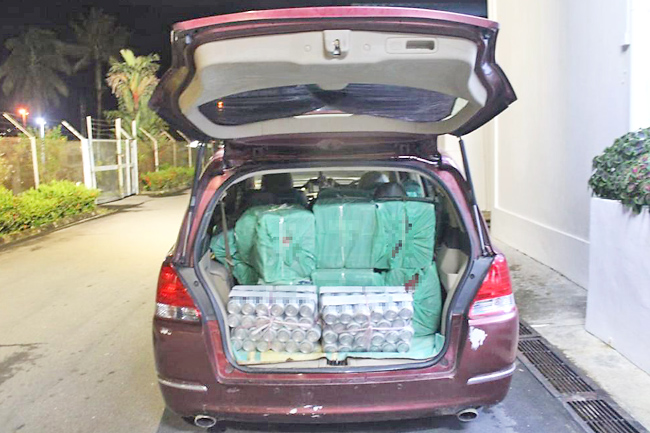