Building collapses are common in Africa’s most populous nation where many reside in dilapidated structures and construction safety regulations are often ignored.

The seven-story building collapsed in a commercial area of Lagos, with the structure almost completely flattened, according to photographs released by rescue officials.

Two bodies had been recovered from the rubble yesterday, Ibrahim Farinloye of the National Emergency Management Agency (NEMA) told AFP by text.

At least four other people were believed trapped inside, and operations were ongoing, local rescue authorities said.

No reason was given for the collapse.

Enforcement of safety regulations and use of shoddy materials have been highlighted since November last year after a high-rise building under construction collapsed in the Ikoyi district of Lagos, killing at least 45 people.

Ten people were killed when a three-storey building collapsed in the Ebute-Metta area of Lagos in May this year.

In January, three people, including two children, were killed and another 18 rescued when a church collapsed in southern Delta state. 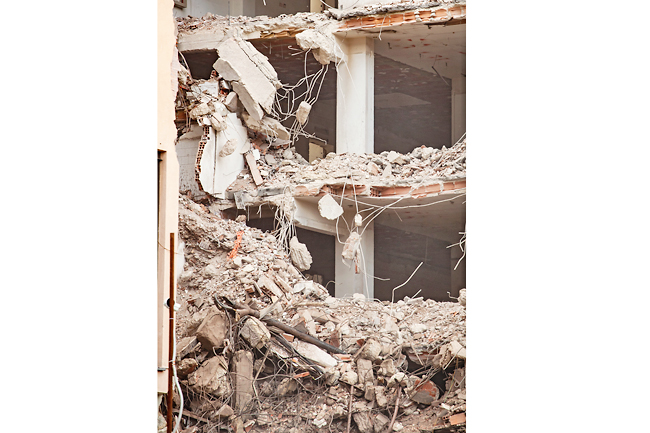