NEW YORK (AP) — Two books based on the Pulitzer Prize-winning 1619 Project will be released this fall, with contributions from Jesmyn Ward, Jason Reynolds, Ibram X Kendi, and dozens of others authors and journalists.

The 1619 Project: A New Origin Story expands upon the New York Times Magazine publication from 2019 that centres the country’s history around slavery and led to a Pulitzer for commentary for the project’s creator, Nikole Hannah-Jones. Born On the Water is a volume for young people, based on a student’s family tree assignment, with words by Hannah-Jones and Renee Watson and illustrations by Nikkolas Smith.

Both works were announced on Tuesday by Penguin Random House and will come out on November 16.

“When we published The 1619 Project in 2019, none of us could have imagined all that it would become,” Hannah-Jones said in a statement. “The historic events that have since taken place in our country have only affirmed the thesis of, and necessity for, a project that grapples with how slavery, oppression and the struggle for Black liberation created the country we live in today.”

The Times Magazine release has been among the mostly widely read and debated works of journalism in recent years — ecstatically praised by many as a needed reassessment of American history, disputed by such scholars as Gordon Wood and James M McPherson as unduly harsh in places, and rejected entirely by then-United States (US) President Donald Trump and other conservatives.

In The 1619 Project: A New Origin Story, Hannah-Jones expands on her original essay, provides an introduction that responds to critics, and includes a new essay calling for “reparative solutions to the legacy of injustice the project documents”, according to Penguin Random House.

The Penguin Random House imprint Kokila will publish Born On the Water, which Hannah-Jones calls a clear-eyed look at slavery that also celebrates Black culture and shows “an inhumane system could never strip the humanity of a people”. 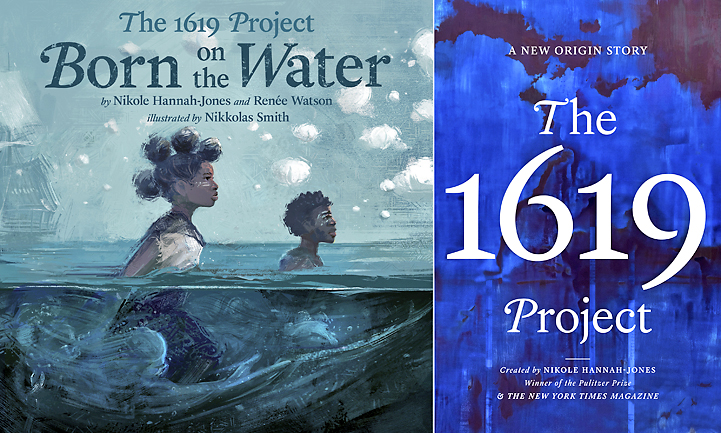