THE WASHINGTON POST – Locked down, scrutinising one another through windows and screens, suspicious of neighbours’ intentions, psychological soundness and political inclinations, we all live now in Alfred Hitchcock’s world.

The cultural historian and Paris Review contributor Edward White brings home to us the film titan’s enduring presence in The Twelve Lives of Alfred Hitchcock: An Anatomy of the Master of Suspense.

While not essential to casual filmgoers, the study helpfully dissects, for Hitchcock obsessives, this most calculatingly self-conscious director’s methods and compulsions.

White’s shrewd, interlocking essays yield no new juicy gossip about the occasionally wayward and chronically manipulative director, but they draw from the huge trove of revelations by Donald Spoto, Patrick McGilligan and other biographers.

The book is also in critical conversation with such Hitchcock scholars as Laura Mulvey and William Rothman, particularly with regard to the director’s attitudes toward women. White illustrates how disparate facets of the director’s personality fit together – thus the “anatomy” of the book’s subtitle. 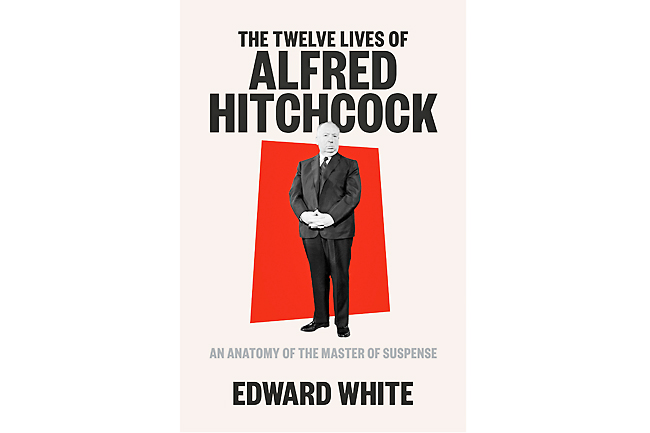 Some of those elements, like The Murderer, speak to Hitchcock’s gleefully sinister imagination. Others, like The Womanizer, refer in part to twisted relationships with Joan Fontaine, Tippi Hedren and other actresses.

That ugly aspect of his character seems superficially at odds with Hitchcock The Family Man.

The self-ridiculing Fat Man and The Dandy would also appear to be mutually exclusive, as would the suspense-ratcheting Entertainer and the more quietly reflective Roman Catholic Man of God.

White persuades us, however, that they are not.

Indeed, the great strength of The Twelve Lives is that a reader comes away from it with a vivid sense of how Hitchcock ignited screen masterpieces with the fires of his inner discord and contradictions.

Hitchcockian superego, ego and id are all caged feverishly together within his more than 50 films, which came to represent a style and a brand merging German expressionism, Russian montage, and British spy stories and melodrama, along with the brashness of America’s culture and studio system.

But, more importantly, Hitchcockian fixations and modes shaped espionage, suspense, horror and action pictures generally – so widely that audiences may have become desensitised to that influence. Globe-trotting Bond films, TV series like The Flight Attendant and John le Carré adaptations all contain Hitchcock in their narrative and visual DNA.

The blackmailed and the wrongly accused, on the run, out to clear their names. Voyeurs with questionable motives and long camera lenses. Psychopaths who view murder as a game. Shattered heroes haunted by a perished heartthrob from the past. Women randomly pursued by supernatural forces or serial killers. Suffocating mothers. And on and on.

White draws vectors to that galaxy from the childhood of the London grocer’s son.

Hitchcock started as a film jack of all trades in the silent era, was a star British director by the time the talkies emerged, and then, lured to the States by David O Selznick, became a mid-century Hollywood icon with an exacting reputation.

Beyond film, Hitchcock developed, in the 1950’s and 60’s, a lucrative international TV and pop-culture empire before his health failed and his career sputtered in the 70’s.

The book’s section on The Auteur recognises the aesthetic coherence of Hitchcock’s career.

But it points as well to the excesses of Hitchcock worship, advanced by French director François Truffaut and embraced to a comical degree by academic film studies.

The Twelve Lives also explores a central paradox of Hitchcock’s work: how a director who infamously referred to actors as cattle drew from them some of their best work.

A case in point: Jimmy Stewart in Vertigo, which some critics have ranked as the greatest film of all time. Hitchcock the consummate control freak also knew how to keep to his lane and leave his brilliant stars space to develop their characters.

The flip side was his callous treatment of some of his featured women – Hedren especially.

Hitchcock’s abuse of the actress during the filming of The Birds may have been overstated in the 2012 movie The Girl, but by most accounts, his handling of her was traumatising.

As with all things Hitchcock, however, there are layers to peel.

Some of his female leads – Ingrid Bergman and Grace Kelly among them – “declared themselves smitten with Hitchcock, his gracious manners, his humour, and his talent”.