The three-part performance themed ‘Raja untuk Rakyat dan Rakyat untuk Raja’ began with a six-minute segment called ‘Syukuran Al-Hidayah’ showing the people’s gratitude to Allah the Almighty for blessing the nation with a wise and just monarch as well as peace and prosperity.

The second part of the performance was a seven-minute ‘Raja Kesayangan Rakyat’ showing the pride and joy of the multi-ethnic Tutong people in meeting His Majesty. It featured traditional dances of three tribes and two communities in the district.

The final segment was ‘Raja Berdaulat Disyukuri Rakyat’ song performance on the monarch being in the hearts of the Sultanate’s populace.

The finale saw all performers joining in the presentation that combined traditional and modern dances with Malay Islamic Monarchy (MIB) characteristics. 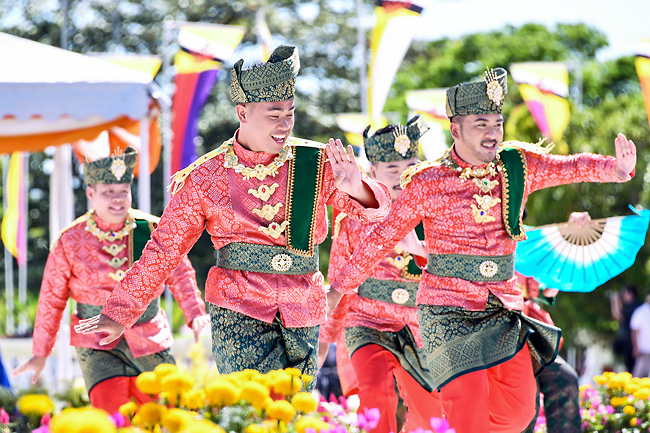 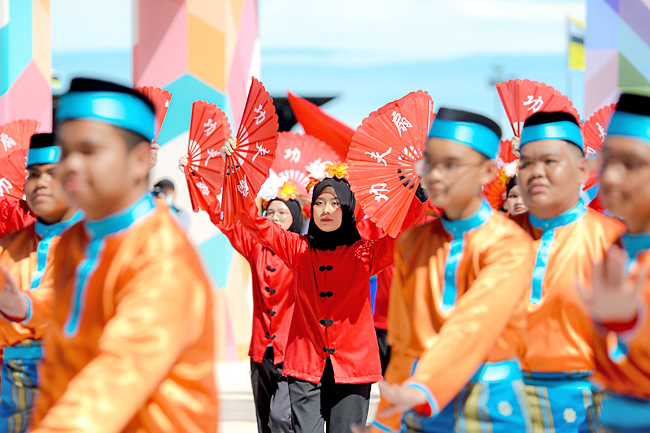