Turning the tide on food waste

AP – As awareness grows around the world about the problem of food waste, one culprit in particular is drawing scrutiny: “best before” labels.

Manufacturers have used the labels for decades to estimate peak freshness. Unlike “use by” labels, which are found on perishable food like meat and dairy, “best before” labels have nothing to do with safety and may encourage consumers to throw away food that’s perfectly fine to eat.

“They read these dates and then they assume that it’s bad, they can’t eat it and they toss it, when these dates don’t actually mean that they’re not edible or they’re not still nutritious or tasty,” said Food Shift manager Patty Apple, an Alameda non-profit that collects and uses expired or imperfect food.

To tackle the problem, major United Kingdom (UK) chains like Waitrose, Sainsbury’s and Marks & Spencer recently removed “best before” labels from pre-packaged fruit and vegetables. The European Union is expected to announce a revamp to its labelling laws by the end of this year; it’s considering abolishing “best before” labels altogether.

In the United States (US), there’s no similar push to scrap “best before” labels. But there is growing momentum to standardise the language on date labels to help educate buyers about food waste, including a push from big grocers and food companies and bipartisan legislation in Congress.

“I do think that the level of support for this has grown tremendously,” said ReFED Executive Director Dana Gunders, a New York-based non-profit that studies food waste.

The United Nations estimates that 17 per cent of global food production is wasted each year; most of that comes from households. In the US, as much as 35 per cent of food available goes uneaten, ReFED said. 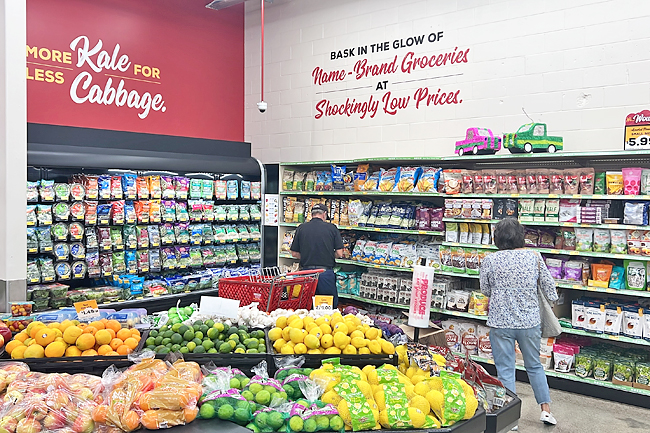 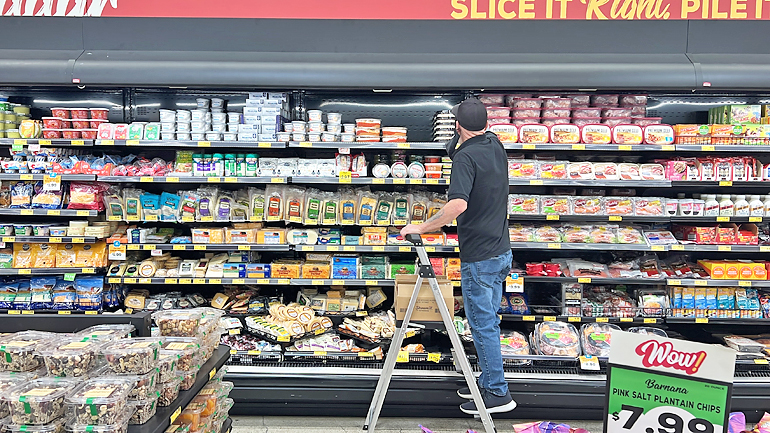 That adds up to a lot of wasted energy – including the water, land and labour that goes into the food production – and higher greenhouse gas emissions when unwanted food goes into landfills.

There are many reasons food gets wasted, from large portion sizes to customers’ rejection of imperfect produce.

But ReFED estimates that seven per cent of US food waste – or four million tonnes annually – is due to consumer confusion over “best before” labels.

Date labels were widely adopted by manufacturers in the 1970s to answer consumers’ concerns about product freshness.

There are no federal rules governing them, and manufacturers are allowed to determine when they believe their products will taste best. Only infant formula is required to have a “use by” date in the US.

Since 2019, the Food and Drug Administration (FDA) – which regulates around 80 per cent of US food – has recommended that manufacturers use the labels “best if used by” for freshness and “use by” for perishable goods, based on surveys showing that consumers understand those phrases.

But the effort is voluntary, and the language on labels continues to vary widely, from “sell by” to “enjoy by” to “freshest before”. A survey released in June by researchers at the University of Maryland found at least 50 different date labels used on US grocery shelves and widespread confusion among customers.

“Most people believe that if it says ‘sell by’, ‘best by’ or ‘expiration’, you can’t eat any of them. That’s not actually accurate,” said Richard Lipsit, who owns a Grocery Outlet store in Pleasanton, California, that specialises in discounted food. Lipsit said milk can be safely consumed up to a week after its “use by” date. Gunders said canned goods and many other packaged food can be safely eaten for years after their “best before” date.

The FDA suggests consumers look for changes in colour, consistency or texture to determine if food are all right to eat.

“Our bodies are very well equipped to recognise the signs of decay, when food is past its edible point,” Gunders said.

“We’ve lost trust in those senses and we’ve replaced it with trust in these dates.”

Some UK grocery chains are actively encouraging customers to use their senses. Morrisons removed “use by” dates from most store-brand milk in January and replaced them with a “best before” label.

Co-op, another grocery chain, did the same to its store-brand yoghurts.

It’s a change some shoppers support. Falmouth Social Media Marketer Ellie Spanswick, in England, buys produce, eggs and other groceries at farm stands and local shops when she can. The food has no labels, she said, but it’s easy to see that it’s fresh.

“The last thing we need to be doing is wasting more food and money because it has a label on it telling us it’s past being good for eating,” Spanswick said.

But not everyone agrees. Ana Wetrov of London, who runs a home renovation business with her husband, worries that without labels, staff might not know which items should be removed from shelves.

She recently bought a pineapple and only realised after she cut into it that it was rotting in the middle. “We have had dates on those packages for the last 20 years or so. Why fix it when it’s not broken?” Wetrov said.

Some US chains – including Walmart – have shifted their store brands to standardised “best if used by” and “use by” labels.

The Consumer Brands Association – which represents big food companies like General Mills and Dole – also encourages members to use those labels.

“Uniformity makes it much more simple for our companies to manufacture products and keep the prices lower,” said association’s vice president of communications Katie Denis.

In the absence of federal policy, states have stepped in with their own laws, frustrating food companies and grocers. Florida and Nevada, for example, require “sell by” dates on shellfish and dairy, and Arizona requires “best by” or “use by” dates on eggs, according to Harvard Law’s Food Law and Policy Clinic School Director Emily Broad Lieb.

The confusion has led some companies, like Unilever, to support legislation currently in Congress that would standardise US date labels and ensure that food could be donated to rescue organisations even after its quality date.

At least 20 states currently prohibit the sale or donation of food after the date listed on the label because of liability fears, Lieb said.

“We definitely need to be focussing more on doing these small actions like addressing expiration date labels, because even though it’s such a tiny part of this whole food waste issue, it can be very impactful,” Apple said.