ASHGABAT (AFP) – Turkmenistan’s autocrat leader said that his country’s debts to China for a multi-billion-dollar gas pipeline and another gas project had been paid off “in full”, state media reported yesterday.

China has invested billions in the development of Turkmenistan’s gas industry, establishing itself as the isolated country’s number one destination for exports.

Beijing’s most important projects in the country are the pipeline that begins in eastern Turkmenistan and reaches China via Uzbekistan and Kazakhstan and a multi-stage development project at Galkynysh, the world’s second-largest gas field.

President Gurbanguly Berdymukhamedov said Turkmenistan had paid off loans provided by China for the pipeline and the first stage of Galkynysh’s development “on time and in full”, according to a report in the Neutral Turkmenistan newspaper.

Neither Berdymukhamedov nor Abdurakhmanov made reference to the amount that had been repaid.

During a visit to the country in 2011, China Development Bank’s then-president Jiang Chaoliang said that the bank had loaned Turkmenistan USD8.1 billion for the projects. 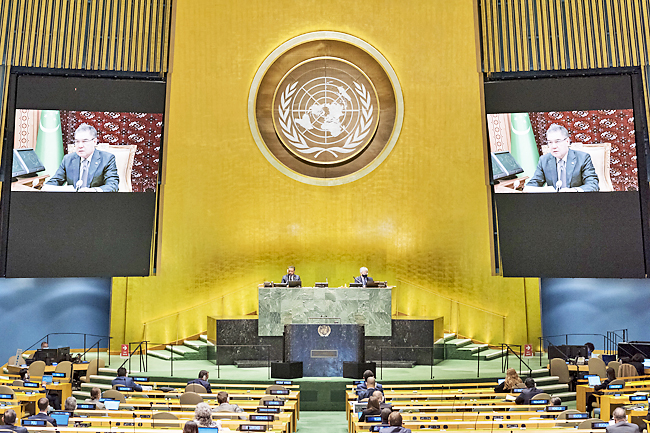