ANKARA (XINHUA) – Despite the country’s history of coffee drinking, tea is also an essential part of daily life in Turkiye, with its unique history and culture.

In December 2022, the culture of tea practiced in Turkiye and Azerbaijan was included on the UNESCO Intangible Cultural Heritage list as a symbol of “identity, hospitality, and social interaction”.

The Turkish tea culture, or çay (pronounced chai) culture, can date back hundreds of years.

The country is the fifth-largest tea grower in the world, producing about six to 10 per cent of the world’s total output, according to data from the Ministry of Agriculture. Most Turkish tea is consumed domestically.

“During the Ottoman era, coffee was consumed in large quantities by people. But when the empire lost lands where coffee was produced, it became very expensive,” said cafe owner and tea aficionado Osman Atak, adding the tea culture was popularised in the 1930s following the founding of the modern Turkish republic.

The art of making and drinking tea in Turkiye has been improved over the years and become an intricate yet fascinating procedure. 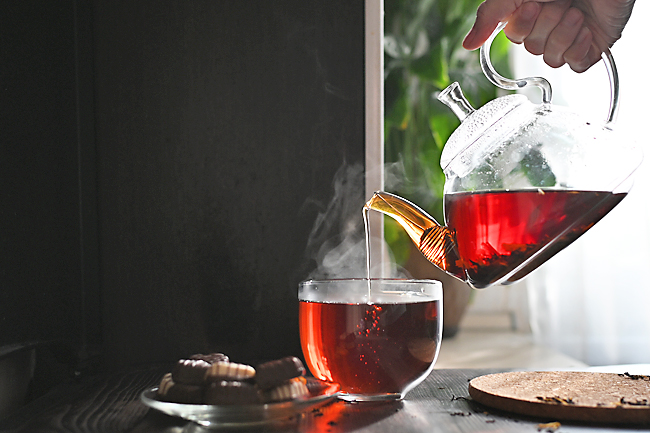 When making tea, the caydanlik is placed on the stove until the water in the bottom pot is boiled. The tea leaves, in meantime, will be brewed by the heat of steam. It is believed by the Turks that boiling tea directly in the water would ruin the delicate leaves.

After the tea is made, it will be served in a tulip-shaped glass, which has an elegant slim waist and thick bottom to keep the tea from cooling too quickly.

Aytul Turan, a tea expert and master brewer from the northern province of Rize, known for its tea farms and plantations, said that “Turkish tea is better served in tulip-shaped glasses.”

She told Xinhua that time is at the essence of the brewing technique for a better aroma.

“You have to be patient and let the tea brew slowly to have a darker hue, use pure, filtered drinking water instead of tap water, free of minerals, and leave the tea to brew for 15-20 minutes. Also, you must be careful not to overboil it,” the expert said.

“Tea is a big part of our life. For example, in my family we don’t say ‘breakfast is ready’ but ‘tea is ready’,” a cashier at a shop in the capital city Ankara Erkan Ozpolat told Xinhua.

He is one of the tens of millions of Turks whose life revolves around this very popular hot drink consumed in all parts of the country with local delicacies.

“Tea means companionship and friendship. It is offered on every occasion in our country. For me, coffee means solitude and tea means friendship,” Ozpolat said.

He said his family consumed around one kilogramme of tea each week.

“We start to consume tea at breakfast, lunch, and after dinner. We drink tea at every opportunity,” he added.