Turkey is open to travellers seeking rich cuisine, culture and history with few COVID-19 restrictions. With code-sharing agreement between Turkish Airlines and Royal Brunei Airlines (RB), it is easy to make travel arrangements.

This was said by Turkish Ambassador to Brunei Darussalam Professor Dr Hamit Ersoy in his speech at the launch of ‘Turkish Culinary and Cultural Festival’ at the Radisson Hotel yesterday.

The ambassador said Turkish Airlines offers daily flights to Bangkok, Jakarta, Kuala Lumpur and Singapore while RB has direct flights to the same locations. With the code sharing agreement, travel arrangements for Brunei-based travellers can be easily made.

“I personally recommend visits during April to June for ideal climate as well as October and November just before the snow starts,” the ambassador said.

The Turkish Culinary and Cultural Festival, held in conjunction with the 99th anniversary of the Proclamation of the Republic of Turkey, features delicacies prepared by Turkish Chef at the embassy Adem Can. 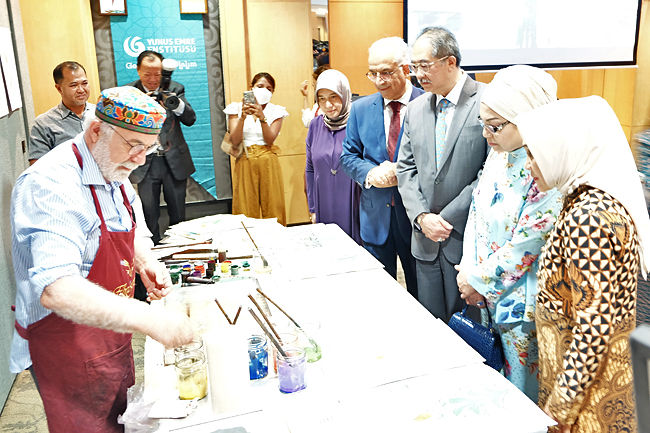