UPI – An employee at a dentist’s office in California received a scare when a large turkey came crashing through a window and into the patient consultant area.

Donna McDonald, office manager at Gregory Hailey DDS in Fair Oaks, said she was the only person in the building when she heard the crashing sound that she initially thought might be an earthquake.

McDonald said she was shocked to see the cause of the ruckus was actually a turkey that crashed through a window into the empty patient consultant area and was clawing at the walls.

“It clawed up multiple walls to where we’re gonna have to repaint in there. Some of the glass that came in cut the dental chairs… and we’ll need some deep cleaning,” McDonald told the Sacramento Bee.

Animal control referred McDonald to Gold Country Wildlife Rescue, which sent someone to the scene to evict the turkey.

“There was no wrangling this bird as an amateur. The wildlife lady kind of struggled with it,” McDonald said.

The wildlife rescue said the turkey did not appear to be seriously injured and will be released back into the wild. Greg Grimm, treasurer of Gold Country Wildlife Rescue, said the turkey may have saw its own reflection in the window and attacked it, confusing it for a romantic rival amid the mating season for the birds. 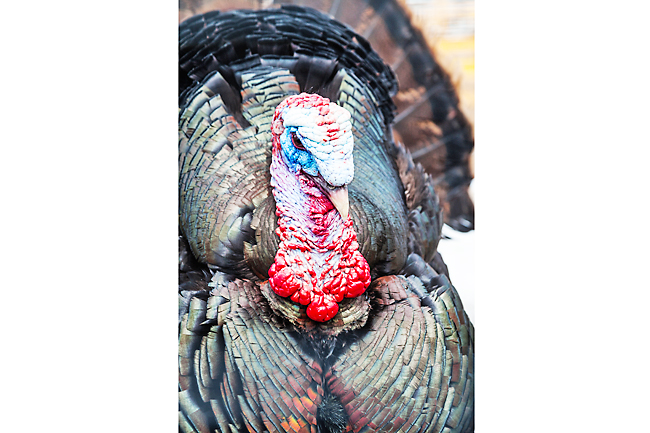