NEW YORK (AP) – Former United States (US) president Donald Trump angrily lashed out on Wednesday, calling the nation’s legal system a “broken disgrace” after a judge ruled he must answer questions under oath next week in a defamation lawsuit lodged by a writer who says he raped her in the mid-1990s.

He also called the 2019 lawsuit by E Jean Carroll, a longtime advice columnist for Elle magazine, “a hoax and a lie”.

The outburst came hours after US District Judge Lewis A Kaplan in Manhattan rejected a request by his lawyers to delay a deposition scheduled for October 19.

Kaplan is presiding over the case in which Carroll said Trump raped her in the mid-1990s. He called the lawsuit “a complete con job”.

“I don’t know this woman, have no idea who she is, other than it seems she got a picture of me many years ago, with her husband, shaking my hand on a reception line at a celebrity charity event,” Trump said.

“She completely made up a story that I met her at the doors of this crowded New York City Department Store and, within minutes, ‘swooned’ her. It is a hoax and a lie, just like all the other hoaxes that have been played on me for the past seven years,” he said. 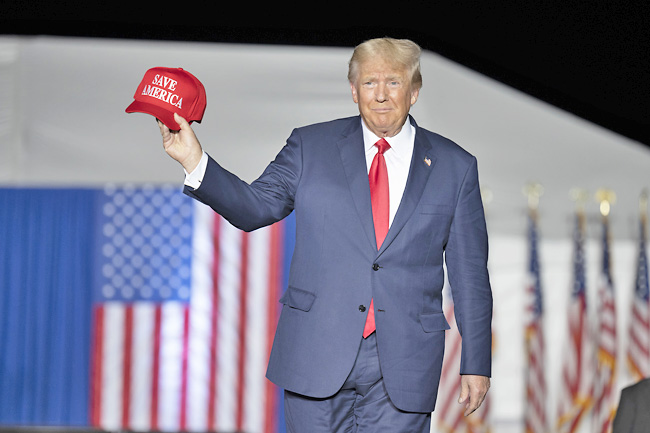 Carroll’s attorney Roberta Kaplan said she was pleased with the judge’s ruling and looked forward to filing new claims next month “and moving forward to trial with all dispatch” after New York state passed the Adult Survivors Act, allowing her to sue for damages for the alleged rape without the statute of limitations blocking it.

Trump’s legal team has tried various legal tactics to delay the lawsuit and prevent him from being questioned by Carroll’s attorneys.

But Judge Kaplan wrote that it was time to move forward, especially given the “advanced age” of Carroll, 78, and Trump, 76, and perhaps other witnesses.

“The defendant should not be permitted to run the clock out on plaintiff’s attempt to gain a remedy for what allegedly was a serious wrong,” he wrote.

Carroll’s lawsuit claims that Trump damaged her reputation in 2019 when he denied raping her. Trump’s legal team has been trying to quash the lawsuit by arguing that the Republican was just doing his job as president when he denied the allegations, including when he dismissed his accuser as “not my type”.

Trump doubled down on the comment in his statement on Wednesday, saying: “And, while I am not supposed to say it, I will.

“This woman is not my type! She has no idea what day, what week, what month, what year, or what decade this so-called ‘event’ supposedly took place.

“The reason she doesn’t know is because it never happened, and she doesn’t want to get caught up with details or facts that can be proven wrong.”