‘True Friends’: Welcome to our summer club with books about buddies

THE WASHINGTON POST – In the past 15 months, we have been tested in ways we would have never imagined. One of the hardest parts of the coronavirus pandemic has been the separation from friends. You may have been used to a lot of togetherness: sitting in a school cafeteria, carpooling to soccer practice and attending birthday parties. Until this spring, many of those in-person get-togethers were not possible. So we had to be creative: video chats, drive-by birthdays and online movie nights.

As we ease back toward the “old normal”, we picked ‘True Friends’ as the theme for this year’s KidsPost Summer Book Club. We want to celebrate stories that show just how important friendship is. We’ve picked eight books that we hope you will enjoy.

Clues to the Universe by Christina Li

Benji becomes science class partners with Ro, a new kid in school. At first it seems they don’t have a lot in common. Ro is a model-rocket-building science type. Benji doesn’t enjoy science; he’s into art and comic books. But they discover a shared fascination with the universe and a sad family situation: Both have lost their fathers. Ro’s recently died, and Benji’s left his family years ago and hasn’t been heard from since. The two become friends and soon start an elaborate plan to find Benji’s dad.

A Thousand Questions by Saadia Faruqi

A trip to Pakistan to visit relatives Mimi Scotts has never met isn’t the 11-year-old’s idea of a terrific summer vacation. Mimi misses her Texas home and her dad, who left when she was five-years-old. She gradually befriends Sakina, a girl who works as a cook’s assistant for Mimi’s grandparents. The two struggle to understand class and cultural differences. Mimi realises she can help Sakina achieve her dream of going to school by tutoring her in English. But Mimi also learns important lessons from their friendship. 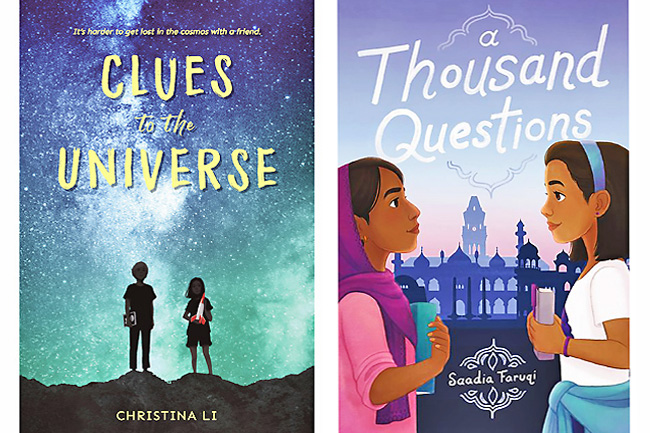 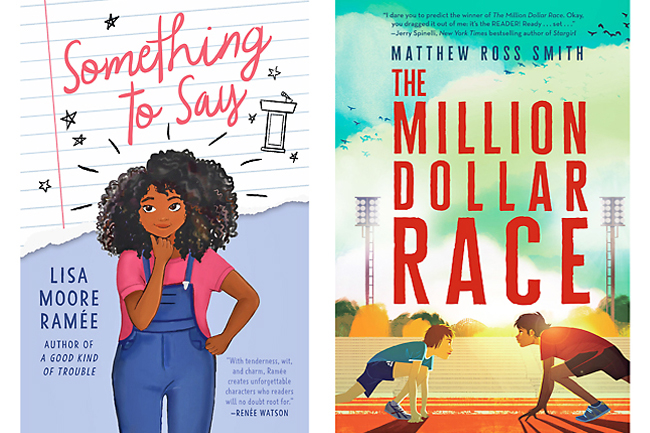 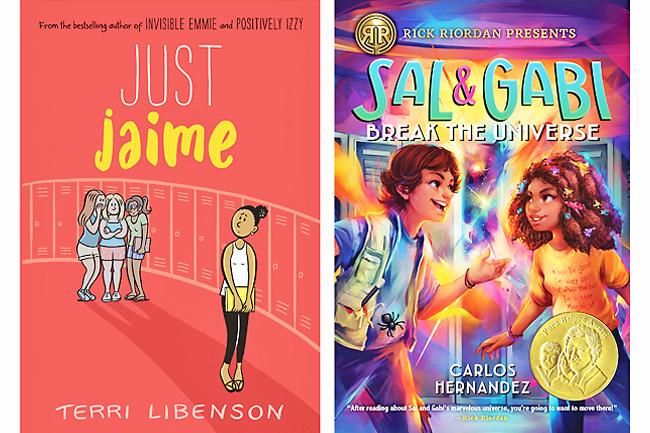 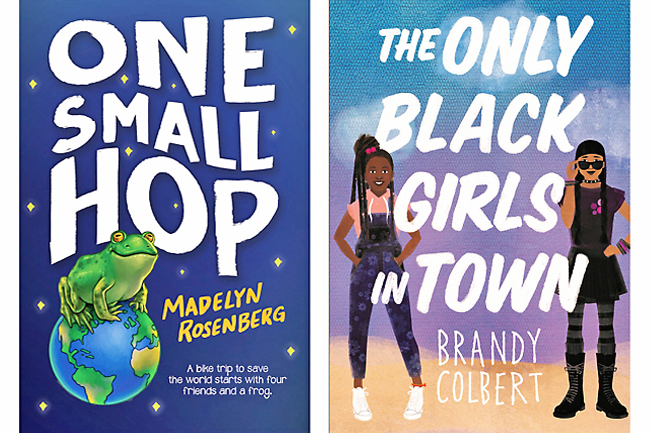 Something to Say by Lisa Moore Ramée

Being friendless hasn’t bothered Jenae, who prefers to seem invisible at school. Her attitude is tested when at the beginning of junior high she meets a boy named Aubrey. He’s outgoing and doesn’t seem to care what others think of him. Aubrey wants to be her friend, even though she isn’t interested. The two become partners for a class debate assignment, something that terrifies Jenae but thrills Aubrey. Jenae knows the assignment is important to him, but she’s not sure she’s courageous enough to speak up in front
of others.

Grant Falloon and Jay Fa’atasi are middle school track stars and best friends. They are used to competing against each other, but the stakes get higher when an athletic-shoe company creates an international contest to find the world’s fastest kid. The contest requires a birth certificate, and Grant discovers that his quirky parents never got him one. Determined to compete, Grant turns to his YouTuber brother to help create a fake birth country. As the scheme plays out, the kids realise there’s more at stake than the million-dollar prize.

At the end of seventh grade, Jaime realises that her group of friends has changed. The girls have become judgy about her clothes and the things she likes. Even her longtime best friend, Maya, seems to be pulling away. The group has decided to vote out Jaime because she is too babyish, and the unofficial leader tells Maya to deliver the bad news. Jaime and Maya – who share their perspectives in comic panels and in prose – learn more about what they value in friends as they navigate this middle school drama.

Sal and Gabi Break the Universe by Carlos Hernandez

Sal Vidón ends up in the principal’s office on his first three days at the Culeco Academy of the Arts. The magician-in-training claims he’s the victim of bully Yasmany Robles. Never mind that he ripped a hole in the universe, found a dead chicken and deposited it in Yasmany’s locker. Gabi Real, editor of the school newspaper and a friend of Yasmany’s, is suspicious of Sal from the start. She’s also intrigued by Sal’s magic, which is far from perfect. When he arranges visits from his mom, who recently died, Sal causes trouble much bigger than a locker prank.

The Only Black Girls in Town by Brandy Colbert

Alberta and Laramie have been best friends for years. The new family that moves in across the street from Alberta may change their relationship. The family is Black with a 12-year-old daughter, Edie. Alberta, who has long been the town’s only Black girl, is instantly drawn to Edie. The two girls, however, have vastly different interests. California girl Alberta loves to surf. Edie grew up in New York City and dresses all in black. The two discover a set of journals and form a friendship while investigating the racist episodes the journals reveal.

One Small Hop by Madelyn Rosenberg

Seventh-grader Ahab and his friends find what they think may be the last bullfrog in Maine. It’s the late 21st Century, and the natural world has been badly damaged because of climate change. They could give the frog to the Environmental Police Force, a government agency that’s doing a terrible job of protecting what’s left of the natural world. Or they could work together to find a mate for the frog, whom they’ve named Alpha, and possibly save the species. The kids decide Alpha’s future is safer in their hands.