BEIJING (AFP) – Long rows of trucks have lined roads in southwestern China to try and block the path of 15 wild elephants that have caused havoc on the outskirts of a city of millions.

The elephants wandered 500 kilometres north from their natural habitat – the Xishuangbanna National Nature Reserve in Yunnan province – and have stomped through rural communities near the provincial capital Kunming, home to more than eight million people.

State broadcaster CCTV on Sunday showed a long convoy of trucks parked along a small countryside road, lined on both sides by lush green foliage, in a bid to keep the herd away from densely populated areas.

“We are here to block the elephants,” one truck driver in a red vehicle told CCTV.

“Traffic police officers said they need some trucks. As long as I’m needed, I will stay here.”

Authorities have also mobilised thousands of people to track the herd’s movements with drones and infrared cameras.

CCTV showed the elephants wandering casually into villagers’ backyards over the weekend, leaving flattened trees and crumpled garage doors in their wake. 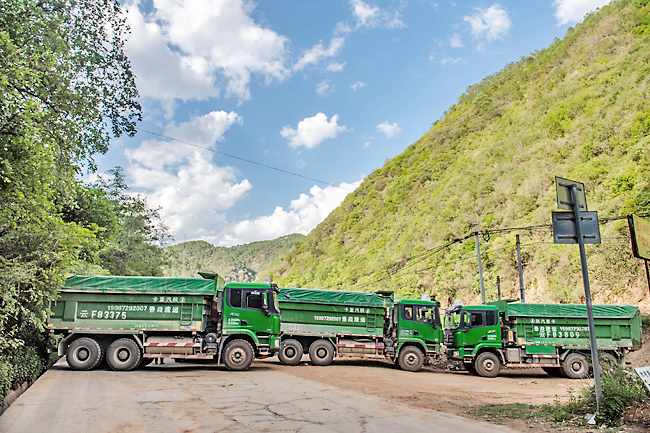