NAIROBI (AFP) – It was banned for years and its authors – including the celebrated Ngugi wa Thiong’o – imprisoned, but after more than four decades, Kenya’s most famous play is finally home.

As the lights dim and a hush settles over the Nairobi audience, the theatre explodes into song and actors dance down the aisle. It is a scene few could have imagined.

Although Ngaahika Ndeenda (I Will Marry When I Want) occupies a special place on the Kenyan stage, the drama’s tumultuous history means it has not seen the light of day since 1977, when it was performed by peasants and factory workers.

Its withering take on the exploitation of ordinary Kenyans by the country’s elite hit home and the government shown down the show, banning Ngugi’s books and jailing him and the play’s co-writer, Ngugi wa Mirii.

Following a year in Kamiti Maximum Security Prison, Ngugi was released but “virtually banned from getting any job”, he told AFP from California, where he lives in self-imposed exile.

After Kenya embraced democratic reforms, he returned home in 2004. 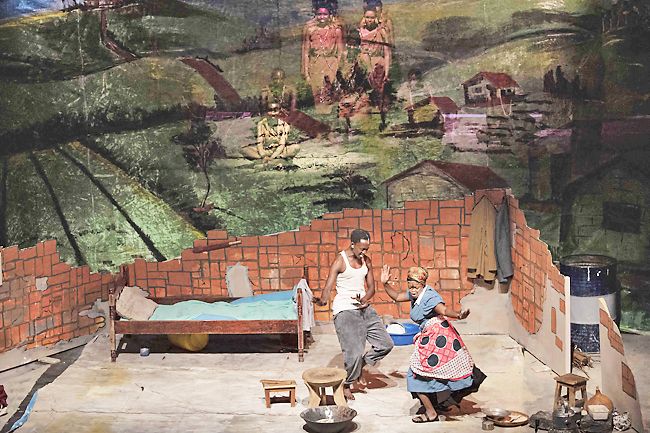 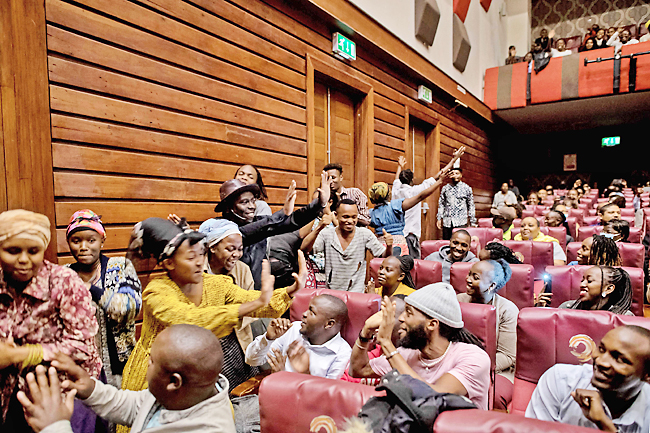 But the visit quickly turned ugly, when he was beaten by armed men and his wife assaulted in their Nairobi apartment.

It has never been established if robbery was the sole motive behind the attack.

“The play has had all these consequences on my life… my life would not (let) me forget it even if I tried,” the 84-year-old said.

Born into a large peasant family in 1938, Kenya’s most feted novelist and perennial Nobel Prize contender launched his writing career in English.

But it was a decision in the 1970s to abandon English in favour of his native Kikuyu that cemented his reputation as a writer willing to risk his literary future to preserve African languages.

It comes as little surprise then that the play, which tells the story of a poor Kenyan family battling a land-grab by their wealthy compatriots, is being staged in Kikuyu, with some shows in English.

“It’s been a spiritual experience for me to be on that stage,” said Mwaura Bilal, who plays the protagonist Kiguunda, a farmer fighting to hold on to his culture and his tiny plot of land.

“There’s an intrinsic human need to connect with who you are, especially in Africa, where we have been taught that English, French, German are marks of superiority, of intelligence,” the 34-year-old Kikuyu actor told AFP.

The production relied heavily on collaboration, its British director Stuart Nash told AFP. The process involved him directing the actors in English who would then apply the instructions to their Kikuyu performance.

“It wasn’t so much the language that was challenging but as someone who is not Kenyan or Kikuyu, there’s a cultural subtext which isn’t always clear,” Nash said.

The team took pains to make the production feel as authentic as possible, peppering the English version with Swahili and including traditional Kikuyu songs in both performances.

Many of the issues highlighted by the playwrights still persist in Kenya and beyond, from widening economic inequality to the lingering trauma of racism.

The play’s troubling relevance, decades on, isn’t lost on the cast, the director or its creator.

Nearly 60 years after winning independence from Britain in 1963, Kenya has struggled to bridge the inequality gap and is now preparing for a presidential election that pits two multi-millionaires against each other.

“Nothing has changed,” said thespian Nice Githinji, who portrays the show’s female lead Wangeci, seeking a better life for her daughter.

“Perhaps that was why the play was banned – so nothing would change,” Githinji, 36, told AFP.

Nevertheless, the play’s return to the country that forced its creators to choose between silence or exile is itself cause for some optimism.

Over four decades after Ngugi stopped writing fiction in English, overturning “the hierarchy of language” remains at the heart of his activism.

Even today, Kenyan children are sometimes bullied by teachers for speaking their mother tongue instead of English at school.

“It is very important to instil pride in one’s language,” Ngugi said. “I hope we can continue striving for that. We cannot give up.”