MEXICO CITY (AP) – Tropical Storm Karl grew a little stronger off Mexico’s southern Gulf coast on Wednesday and was expected to approach land by the weekend without gaining hurricane strength.

The United States (US) National Hurricane Center said Karl had maximum sustained winds of 70 kilometres per hour (kph) yesterday morning. It was centred about 300 kilometres north-northeast of the port city of Veracruz and was moving north-northwest at 9kph.

The storm was expected to turn toward the southwest and drift toward Mexico’s Gulf coast by Friday.

Tropical-storm-force winds extended outward up to 165 kilometres from the centre.

The hurricane centre said Karl could bring up to 30 centimetres of rain to isolated parts of Veracruz and Tabasco states.

Karl formed one day after former Hurricane Julia dissipated in the Pacific after having directly or indirectly caused the deaths of at least 28 people in Central America and Mexico following its landfall on Nicaragua’s Caribbean coast. 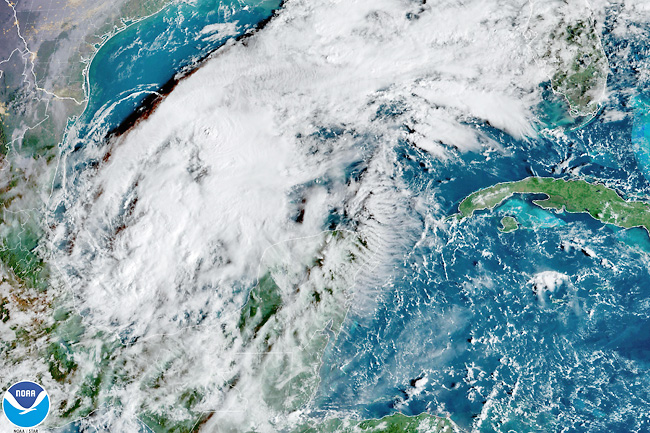