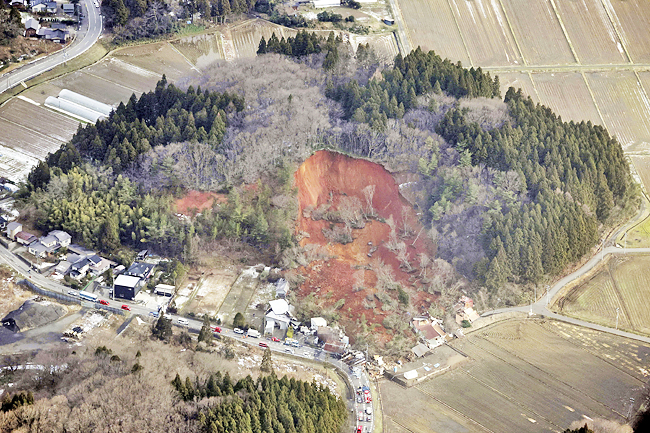 TOKYO (AP) – A landslide destroyed about a dozen homes in northern Japan on Saturday, leaving at least two people missing, and troops were on their way to help in the rescue effort, officials said.

Two people, a man and a woman, were rescued from homes that were buried in dirt that had tumbled down a nearby mountain in Tsuruoka city in Yamagata Prefecture in northwestern Japan.

But more residents were feared still caught beneath the rubble.

A rescue operation involving 80 firefighters and police officers began after a call came in asking for help shortly after midnight, according to police.