Two men and a woman, all locals, were apprehended following the discovery of cartons of cigarettes and alcohol during a weekend bust targetting three homes at RPN Kampong Bukit Beruang.

The suspects and seized contraband were handed over to the RCED and Religious Enforcement Division for further action.

Organised by the RBPF, the joint operation looks to weed out criminal elements in the Sultanate. 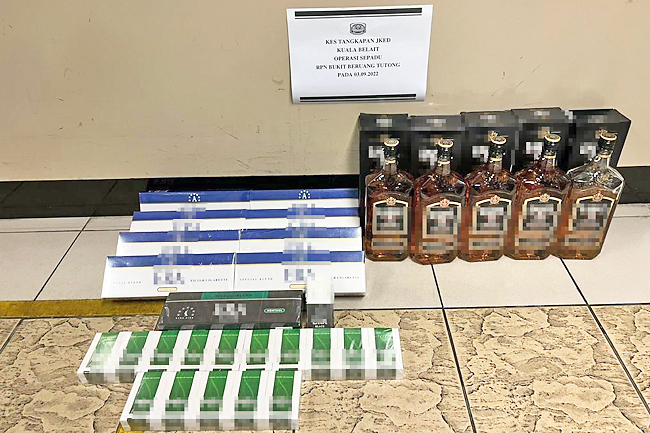