ANN/THE STAR – I’ve been a parent now for two years and five months. Not a tonne of time. But it’s not going to stop me from writing a “parenting tips for tired parents” article!

Just a note, when I say parenting tips for tired parents, parents know that all parents are tired. You can’t spell “parent” without the letters T and E and R and those are all letters in “tired”. Okay, that doesn’t really have much correlation. I’m tired. It’s the best I can do. Now on to the tips!

First tip: is keep your kid happy. That does not mean spoiling them or giving into their every juvenile and insane desire. It means there are certain things that put all humans in a less than stellar mood. Being tired (as I am), or hungry, or tired and hungry, can set your little human on the path to a massive tantrum.

On the surface of it, you’ll be at the park, tell your kid it’s time to go, and your two-year-old will start freaking, and it seems like it’s about the park. In reality, it might really be the fact the child is tired or hungry, or both!

Make sure your little bundle of screaming joy gets enough rest at night, if not, encourage a longer daytime nap. And make sure the little tyrant is eating his meals, and if not, make sure he’s getting lots of healthy snacks along the way to avoid the stomach grumbles that lead to terrible toddler meltdowns. 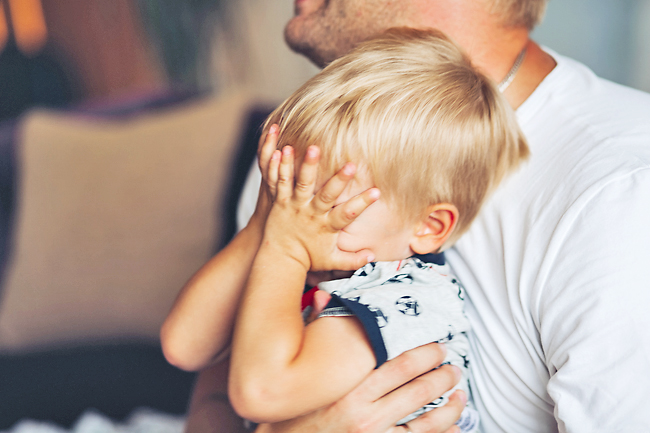 Second tip: is let your kid know the plan. Remember that scene in The Dark Knight where the Joker is telling Two-Face about plans? Here’s the quote: “Nobody panics when things go ‘according to plan’. Even if the plan is horrifying! If, tomorrow, I tell the press that a gang banger will get shot or a truckload of soldiers will be blown up, nobody panics because it’s all ‘part of the plan’.”

Totally applicable to parenting! Of course, not the blowing up soldiers or shooting gang bangers part – but the idea that nobody panics when things go according to plan is key. This has made a difference with our little boy.

Let’s say being at the park. My boy is playing in the sandbox and I check my watch and know we should be back by a certain time. I go to him and say, ‘okay buddy, we’re going’. He registers this and starts crying telling me he wants to stay. Leaving the park is the worst thing to ever happen to him.

Thinking about it from his perspective, he was happily throwing sand at the plants when I walked up and told him we had to leave. How happy are you when someone interrupts your good time and tells you it’s time to go? Not super happy, I’m sure.

As adults, we know the plan. We know we’re going to do something and leave at a certain time. As parents with toddlers, we don’t usually let them in on the planning. But we should.

This problem with the park is solved by telling my boy, ‘Hey pal, we’re leaving in five minutes.

Keep playing but we need to go home soon’. My son has no real concept of time, but he understands going home will happen in the near future, and he can mentally prepare for a time when he won’t be throwing sand into the sky and letting it rain down on his face. Now we always tell our boy what the plan is. And he is a lot more accepting.

My final tip is going to be sound ridiculous but it’s saved me on numerous occasions when our boy has woken up much too early, forcing us to start our day at some ungodly hour. And that is, make a game of playing while lying down.

Lay on your stomach. Shut your eyes and tell your child that Daddy’s back is a highway! Drive your car on it! Daddy’s back is a plain of grass, the toy zebra wants to eat there. And lay back and enjoy a temporary toddler massage.

Yes, it’s manipulative. But it’s relaxing. And you know where your toddler is (he’s driving his toy train up and down your back – which feels surprisingly nice, by the way) and you can shut your eyes and catch a few more seconds of sleep here and there.