While many maps from this Modern Warfare reboot were criticised for promoting slow gameplay and a ‘camping’ playstyle, it appears Season 2 is determined to rectify that.

Two new multiplayer maps are available for players from launch day (February 11) starting with the fan-favourite Rust and the new Atlas Superstore.

Rust is a classic battleground originally featured in Call of Duty: Modern Warfare 2 Campaign mission, ‘Endgame’. With a small map for fast-paced combat, Rust brings the battle to an oil yard in the middle of the desert. Players utilise the environment for cover and take high or low ground to take advantage of enemies during any type of gameplay.

The Atlas Superstore is an entirely new virtual battlefield set in a warehouse that has been taken over by the (in-game fictional) Al-Qatala forces. Players battle in traffic, over fallen shelving, and throughout the shipping, receiving, and employee-only areas.

A third new multiplayer map, Khandor Hideout, will also arrive during the season.

The most notable addition in this season’s multiplayer is a playable operator known as Simon ‘Ghost’ Riley, a popular character from Call of Duty: Modern Warfare 2. Ghost was introduced as a British special forces Operator and a commanding officer in Captain Price’s famed Task Force 141. He is easily distinguished by his menacing skull-face balaclava along with hood and gear designed for desert engagements.

Call of Duty: Modern Warfare Season 2 added two new weapons – Grau 5.56 and Striker 45. Prior to the season’s release, developers introduced the crossbow – a deadly weapon that must be earned.

The Grau 5.56 is a new edition to the assault rifle (AR) category and can be described as “lightweight, manoeuvrable and full of potential”- meaning that this could be one of the more mobile ARs available in the game. It resembles the Swat-556 rifle originally featured in Call of Duty: Black Ops 2. Its high rate of fire and moderate levels of recoil made it one of the more popular ARs in the game.

The Striker 45 comes under the Sub-Machine Gun (SMGs) weapon category alongside the popular MP5 and MP7 SMGs. The majority of players noticed the Striker resembles the UMP45 SMG, a fan-favourite weapon from Modern Warfare 2 known for its efficiency at long-distance – and it still is. Due to its ability, the Striker is a go-to SMG for many players and it may even find a place in the competitive metagame.

Players can unlock these weapons for free at Tiers 15 and 31. The new Operator Ghost can be obtained through premium Season 2 Battle Pass.

If that was not enough, game developers announced two additional Operators that will be added into the mix – Talon and Mace – as well as a new, as-yet-unrevealed weapon.

Those who are interested in playing as Talon or Mace can unlock the Operator by purchasing their bundle in the first-person shooter’s store when it arrives.

At the time of writing, the package containing the Operators and what is sure to be an assortment of other cosmetic items is not yet in the title’s in-game store.

Among other significant updates in the new season multiplayer include: perk balancing (some swaps in perks); a new akimbo perk that gives players the ability to dual-wield the five different pistol side-arms; creating your own “regiments” (clans) through the ‘social’ option; commendations; new trails and weekly mission challenges; and a slew of content to keep you grinding.

Apart from this plethora of additions, new leaks from the season’s cinematic trailer suggest Modern Warfare may be gearing up to announce Battle Royale Mode, Warzone, which will be shipped as a standalone free-to-play game.

There is no official announcement from Infinity Ward or Activision regarding Warzone, but the trailer shows Ghost calling for backup followed by soldiers parachuting out of an airplane.

It is difficult to say that a battle royale is on the way for sure, but apparently there is a “Classified” mode on the main menu of Modern Warfare alluding to some larger game mode slated to be launched.

However, players commented that it lacks variety and would definitely want to see some varied maps. Fans hope developers bring more unique gameplay mechanics because in previous titles, battle royale was simply Call of Duty on a bigger map.

For now, “Classified” mode is still “classified” and we’ll only know more later in the season, so stay tuned and stay frosty. 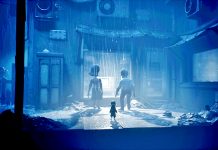