THE WASHINGTON POST – Just yards from the Fish 1, a 22-foot research vessel, a humpback whale about twice the size of the boat hurled itself out of the water, sending shimmering droplets in a broken necklace of splash.

In the other direction, a hulking cargo ship, stacked high with containers, crept closer.

Aboard the Fish 1, a slight figure whose face is crinkled from years in the sun and saltwater, looked from one to the other. Ocean scientist Douglas McCauley wanted to see whether the near real-time detection system he and his colleagues had developed, Whale Safe, could avert collisions between whales and ships in the Santa Barbara Channel.

The tool represents one of the ways McCauley, who heads the Benioff Ocean Science Laboratory at the University of California Santa Barbara, is working to protect the ocean even as it becomes more industrialised. By collecting data from several sources – an acoustic monitoring buoy that listens for whale songs, identifies them according to species with an algorithm and sends that information to satellites; a predictive habitat model for blue whales; and sightings logged in an app – Whale Safe forecasts to ships the chances of meeting a whale.

Then, it grades shipping companies on whether they actually slow down to 10 knots or less during whale migrations, from May 1 to December 15. 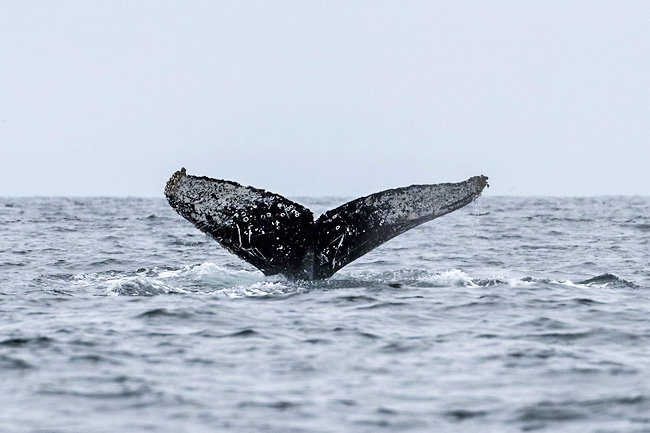 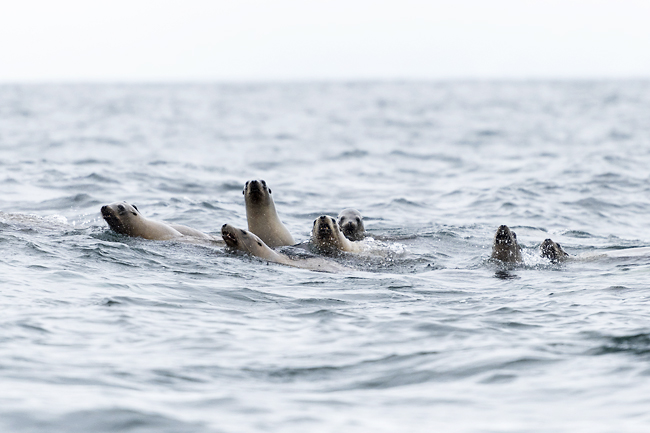 “We can literally watch all of the ships in California and across the whole ocean; we are better positioned than ever before to try to track damage as it occurs, or before it occurs,” McCauley said a few days later in a Zoom call from the French Polynesian island of Moorea, where he is spending a month researching coral reefs.

“We are in trouble if we don’t do something different, and I realised that if I kept sticking my head literally underwater or stayed in the lab, these problems weren’t going to fix themselves.”

Humans have worked in the seas for centuries: fishing, seafaring and more recently, drilling for oil and gas and the development of offshore wind farms. Shipping lanes cross almost every surface of the sea, except for shrinking swaths of the Southern and Arctic Ocean.

But as development has intensified and the planet has warmed, the 43-year-old McCauley has ventured into the gray area between scientific research and advocacy to try to fix these problems – or at least make them visible.

He is trying to save the whales; collect plastic; explore the links between climate change, overfishing and nutrition in the South Pacific; warn about the dangers of seabed mining; track sharks using drones and artificial intelligence; and calculate the benefits to people, animals and the planet that come from protecting broad swaths of the sea.

“One of Doug’s compelling traits as a scientist is that he is keen to explore outside the box,” said a UCSB professor of marine biology and ocean conservation Benjamin Halpern, who has worked with McCauley for about a decade.

“He is a very creative thinker, and able to think differently about the solutions to problems and what kinds of research and science can help inform those.”

In meetings with corporate executives and political leaders, McCauley has made a consistent argument: Protecting the sea is in our interest, since it already does a lot of the work for us.

In 2020 McCauley led a report that provided a framework for marine protected areas on the high seas, finding that such refuges could be powerful tools for biodiversity conservation, carbon sequestration and climate resilience. Even port and fishing communities, he argued, depend on an ocean that is still wild and alive.

“We have a globally unique chance to talk about this before it’s too late,” he said.

The encounter in late September, amid one of the world’s busiest shipping channels and a vibrant ecosystem, offered a glimpse of how to do just that. Minutes after the container ship had passed McCauley’s boat, the whale – possibly the same one, but it is hard to tell – had found another, and the two sent up exhales of spray.

It was as if a bulldozer operator had plowed through a herd of elephants without stopping, not too far from a major city’s downtown, hoping to avoid a crash. And it happens many times a day here in the Santa Barbara Channel, even though barely anyone sees it.

While McCauley tracks these interactions, much of the public seems to have noticed this industrial shift underwater.

Since 2000, global container port traffic has nearly quadrupled; aquaculture produces more than half of the fish we eat; about eight million metric tonnes of plastic enter the oceans every year; over half the global oceans are fished; more than 700,000 miles of undersea data cables snake across the ocean floor; seabed mining may soon begin in some of the world’s last pristine ecosystems; and the fishing industry is beginning to target deep ocean life.

The ocean is, by far, the world’s largest carbon sink, having absorbed about 40 per cent of the excess greenhouse gases from burning fossil fuels. But it comes at a cost: more acidic and warmer waters, which may not soak up as much carbon going forward. The fact that ocean animals evolved to a narrow range of conditions, McCauley and others found, makes them more vulnerable to climate change.

The landscape was less crowded when McCauley grew up in Lomita, California, and went to school in San Pedro, not far from the ports and the channel. He could see whale migrations out the window of his high school geometry class. From an early age, he would ride his bike to the beach as an escape, and “all of a sudden, I was in a super wild place.”

He spent much of his adolescence and early adulthood working at the local public aquarium, and working on fishing boats.

It was there, catching squid at 1am to sell as bait, hauling in a croaker bigger than he was, and watching people spend USD20 a day to go out a boat to catch dinner for their families, that he saw how a thriving ocean economy works.

It was later, in his career as a scientist, that he had data to explain what he learned through experience: What is good for the ocean is also good for people, and possibly business too.

Slowing down ships means fewer ship strikes, which means more whales. That is good for biodiversity and climate change: Whales themselves are carbon sinks and fertilise plant growth (another carbon sink). It also means cleaner air for those who live nearby, and fewer carbon emissions from fossil fuels.

He and others developed WhaleSafe, he said, after shipping companies asked: “These are the biggest mammals on the planet. Can’t you tell us when they’re there so we don’t run into them?”

Three shipping companies contacted for this article, as well as an industry association, said that they supported such programmes. CMA CGM, among the world’s largest shipping container companies, is sending alerts above medium directly to their captains, and Hyundai Heavy Industries is working with Whale Safe to incorporate its data directly onboard new ships.