Tracing the path of history

Five centuries ago, Portuguese explorer Ferdinand Magellan attempted to circumnavigate the globe in the name of the Spanish crown.

He was killed in what is now modern-day Philippines before making it to the end of the long and perilous voyage, and of the fleet of five ships, only managed to return to their port of origin Seville – the Victoria, captained by Juan Sebastian Elcano.

Five hundred years on, a descendant of one of those sailors aboard the Victoria is following in the footsteps of his forefather.

Explorer and multimedia content creator Pedro Arruabarrena, whose ancestor was one of the survivors of Magellan’s expedition – sailor Pedro de Tolosa wanted to re-experience the historic event.

He was in Brunei as part of that journey recently, accompanied by Sirimiri, a small robot companion that helps to record his travels. 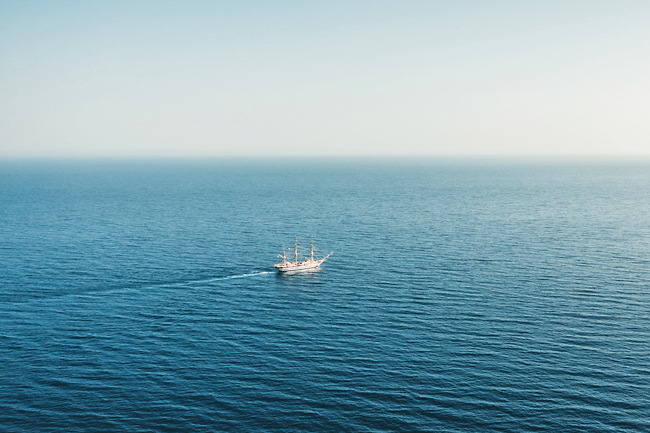 “When the Magellan-Elcano expedition arrived in Brunei five centuries ago, the reception organised by the Sultan and his people was told to be one of the most fascinating stages of the trip,” he said during a conference hosted by Alliance Francaise de Brunei Darussalam.

Pedro and Sirimiri learnt the culture, traditions and country, captured images of its people and visited some of the Sultanate’s iconic locations. “These pictures will be part of a documentary series of the tour around the world,” Pedro added.

He travelled westwards across the Atlantic, navigated through Brazil, Uruguay, Argentina and Chile, tracing the historical path from Europe into the Pacific before finally reaching Southeast Asia, where they began the second stage of their voyage through the coast of Brunei, Malaysia, Philippines and Indonesia.

The trip will end with the third stage – the African route – following which they will travel from South Africa and all the African Coast until they return to port in Spain on September 8.

“After three years of following the wake of the first tour around the world by Magellan, Elcano and the cabin boy Pedro de Tolosa, we will finally return home, if all goes well,” Pedro said.

Pedro said, “I feel like an adventurer who tries to be faithful to a philosophy of travelling the world with few financial and material means.”

“The discovery of the figure of the cabin boy Pedro de Tolosa, and Elcano who were part of the Magellan expedition and who returned to Spain 500 years ago, has been a gift to me, being from the same city Tolosa in the Basque region north of Spain, enabling me to tell this story and give a completely different look to the trip,” Pedro said.

Pedro partnered with Alliance Française on his visit to Brunei, and left the Sultanate for Kota Kinabalu, Sabah, Malaysia.

Executive Director at Alliance Francaise de Brunei Darussalam Elodie Simon-Hicks said, “Pedro de Tolosa has a distinctive and personal approach to the Magellan expedition which arrived in Brunei 500 years ago. Alliance Francaise de Brunei Darussalam is pleased that it could offer a platform to share and tell the story from a cabin boy’s perspective back then and now.”