The Brunei Climate Change Secretariat (BCCS) called on stakeholders nationwide to take action against climate change in paving the way for the country’s transition towards a low carbon, climate-resilient and sustainable nation.

The Brunei Darussalam National Climate Change Policy (BNCCP) has been implemented, signifying 2021 as the ‘Year of Climate Action’ for the country, and has published guidelines to reduce greenhouse gas emissions across public sector premises nationwide.

To address this, Protokol Hijau (Green Protocol) was officially launched on January 30 at Raja Isteri Pengiran Anak Hajah Saleha Bridge by the co-chairs of the Brunei Darussalam National Climate Change (BNCC). It is aimed at showcasing the government’s lead in climate action through the guideline on how the BNCCP could be implemented in daily operations within the government sector premises.

The BCCS said Green Protocol complements the 10 strategies under the BNCCP to bring down national carbon emissions. It outlines the steps to be implemented for the government to in lead and promot low carbon day-to-day operations to reduce carbon footprint in all government premises through the seven key elements of Green Protocol namely energy usage, water usage, paper usage, plastic usage, solid waste disposal, management of official events and tree planting. 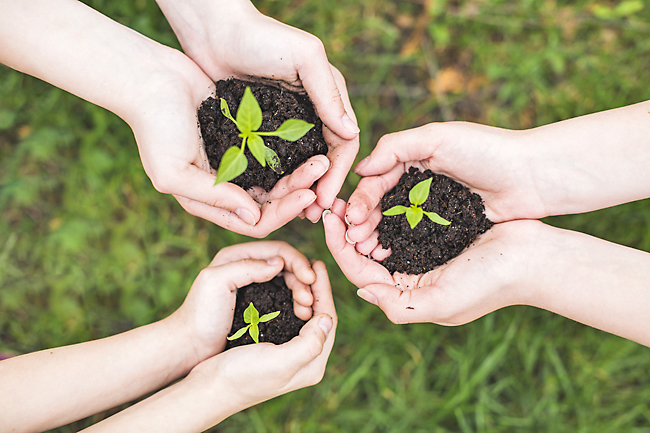 In terms of energy usage, one of the most significant practices is to adjust the temperature of air-conditioners to between 23 to 25 degrees Celsius. Air-conditioning contributes to almost 60 per cent of the total energy consumption in a building. Offices are also encouraged to limit the duration of air-conditioning usage to office hours only and to avoid leaving unused devices in standby mode.

National Energy Managers accredited by the Ministry of Energy shall carry out energy efficiency and energy savings programmes in public sector premises at least once a year as part of the energy audit process.

Similarly for water usage, taps must be turned off when not in use. Households and establishments are encouraged to prioritise products that have water-saving features when acquiring new bathroom appliances and fixtures such as water-saving taps (push-type) and toilet bowls with dual-flush systems that have a maximum capacity of six litres. For the purpose of watering plants and cleaning drains, households and establishments can practise rainwater harvesting.

The guideline emphasises the use of electronic mail as the main medium of communication for official purposes and internal communications to reduce the usage of paper. Documents for circulation should be scanned and shared via email where possible and should comply with the rules and regulations for data sharing and storage as outlined in the Information Security Manual. In addition, paper waste should be segregated and sent to local recycling companies.

“Instead, it is highly encouraged to bring and use reusable bottles and containers. It is also strongly recommended that public sector premises provide water dispensers to encourage the use of reusable bottles. Garbage bags should be of biodegradable material. These practices are also encouraged when organising a large-scale event.”

In managing solid waste disposal, the BCCS encourages placing recycle bins in accessible locations across all public sector premises to encourage the 3R practices (reduce, reuse and recycle) and segregation of recyclable waste. 3R practices can help reduce the amount of waste going to the landfill.

The BCCS also said another key highlight under Green Protocol is the government campaign to plant 26,000 saplings this year in support of BNCCP Strategy 2: Forest Cover, which aims to plant 500,000 new trees by 2035. Every ministry, its departments, agencies and other associated statutory bodies are encouraged to participate in the ‘26,000 Trees Campaign’ to plant trees throughout 2021.

To complement the BNCCP Strategy 2, this guideline also outlines that tree felling, whether for construction or for maintenance work, should be restricted.

“Project developers are also expected to replant one tree for every tree felled within the project sites spanning one hectare or more based on the guidelines provided by the Forestry Department, Ministry of Primary Resources and Tourism.

Since the launching of Green Protocol in January 2021, 2,550 trees have been planted by various ministries and departments.”

The BCCS said to ensure effective implementation of Green Protocol, a focal person has been appointed in every ministry and department to help coordinate and monitor progress of the implementation.

According to the BCCS, in time, the Green Protocol guidelines will also be extended to the private sector in the next phase, which shows that the government-led initiative reflects the government’s serious commitment in reducing the nation’s carbon footprint and it is hoped that other stakeholders, or individuals can play their roles too in reducing their carbon footprint.