Total trade up 37.3pc in August

Compared to July 2022, total trade fell 7.8 per cent due to a fall in exports and imports value, mainly mineral fuels.

The increase in mineral fuels exports was due to the higher export value of crude oil, liquefied natural gas (LNG) and petroleum products. The increase in crude oil exports and LNG exports were due to a rise in export prices. 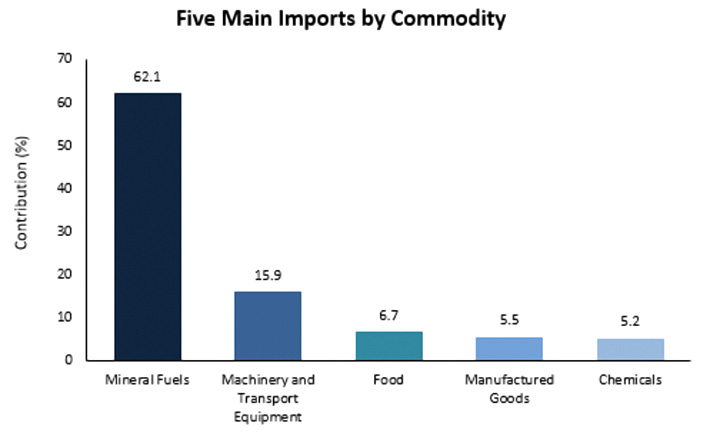 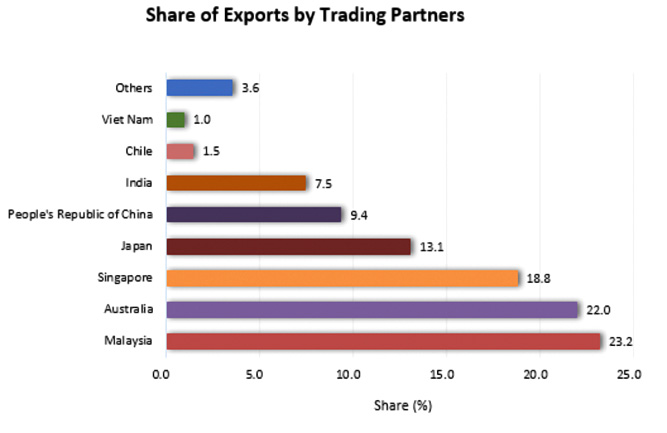 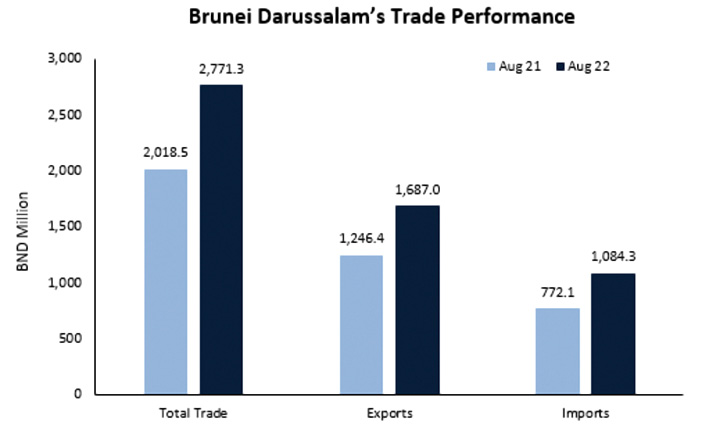 Petroleum products exports recorded an increase from BND400.7 million to BND938.4 million, in which the main commodity was automotive diesel fuels.

In terms of commodity, mineral fuels was the major contributor to exports at 83.3 per cent, followed by chemicals (14.8), and machinery and transport equipment (0.7).

The main exports market in August 2022 was Malaysia at 23.2 per cent, followed by Australia (22), and Singapore (18.8). The largest export commodity to Malaysia, Australia and Singapore was mineral fuels.

The biggest import partner by share was Malaysia at 41.2 per cent, followed by United Arab Emirates (13.7) and China (11.2), with mineral fuels as the largest import commodity.

Most of the country’s imports at 59.0 per cent are used as intermediate goods for processing, followed by capital goods (37.5) for business operations and consumption goods (3.5) for household use.

The International Merchandise Trade Statistics report for August 2022 is available from the Department of Economic Planning and Statistics’ website.