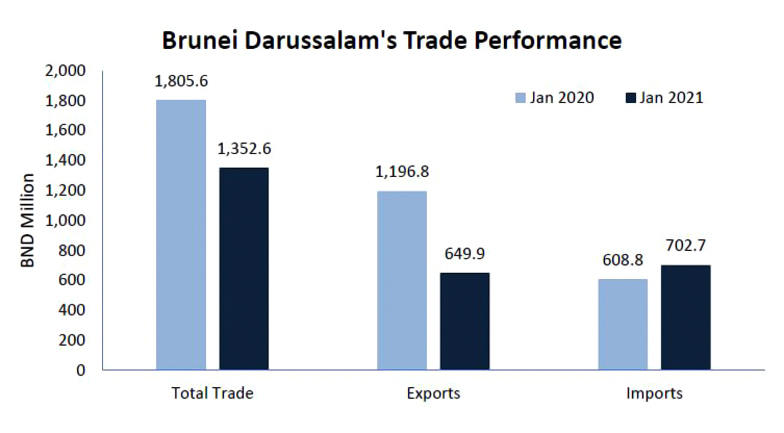 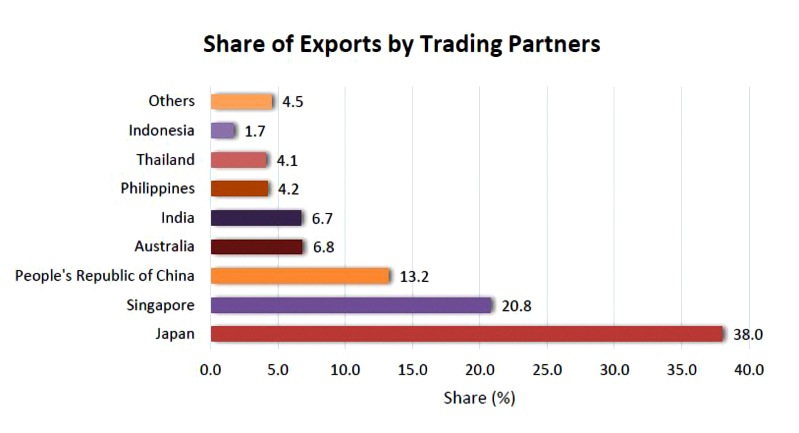 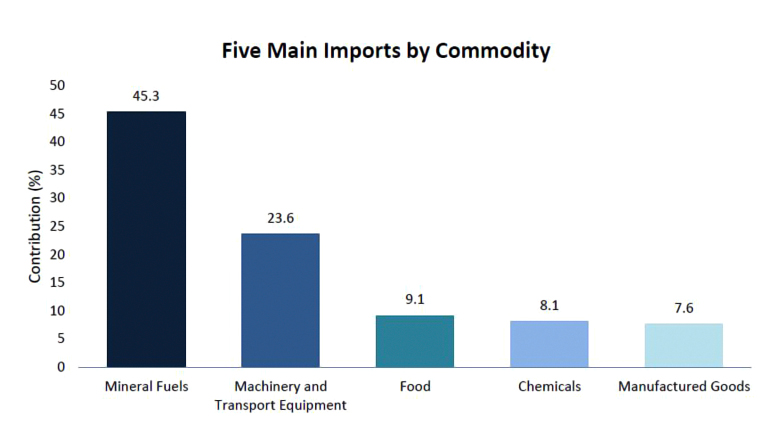 In terms of commodity by section, mineral fuels represents the major contributor to Brunei Darussalam’s exports with 83.4 per cent, followed by chemicals (12.6 per cent), machinery and transport equipment (2.2 per cent), manufactured goods (0.7 per cent) and miscellaneous manufactured articles (0.6 per cent).

For imports, the total value increased to BND702.7 million in January 2021 from BND608.8 million in January 2020 mainly driven by an increase in imports of mineral fuels followed by machinery and transport equipment by foreign direct investment companies as input to production and construction use.

By End Use category, imports of intermediate goods accounted for 57.5 per cent of the total imports, followed by capital goods (37.1 per cent) and consumption goods (5.4 per cent).

For imports by trading partners, the highest share was from the United Arab Emirates (33.7 per cent), followed by Malaysia (24.1 per cent) and Singapore (11.0 per cent).