HONG KONG (AP) — Hong Kong police said yesterday that they are investigating a top national security officer after a police raid found him at an unlicensed massage business.

The person under investigation is Frederic Choi, head of the police National Security Department that was set up last year after Beijing decided to impose a new set of laws on Hong Kong against subversion, secession, collusion and terrorism.

Commissioner of Police Chris Tang said Choi has been put on leave during the investigation. Tang provided few details about the raid.

“I think the work of the National Security Department will not be affected by the investigation of an allegation against an individual officer, because we are a team and work as a team,” Tang said at a news conference.

While operating an unlicensed massage business is an offence that could result in up to six months jail and a HKD50,000 fine, patronising such establishments is not illegal. 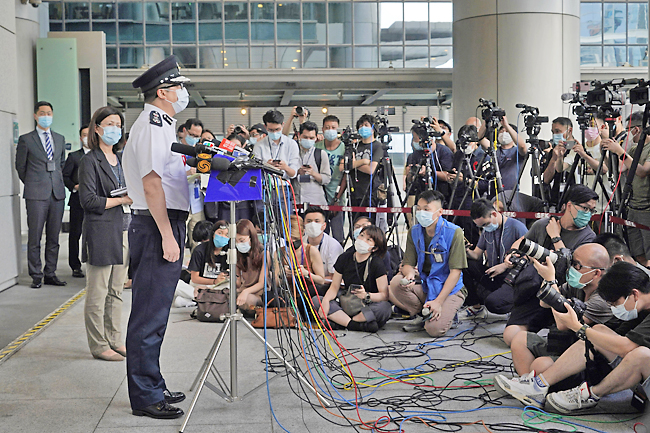