The top 15 downloads on the Nintendo Switch for the month of September were recently unveiled by Nintendo of Europe.

Taking top spot on the list was Disney Dreamlight Valley, a life simulation adventure game that sees the player partake in “quests, exploration and engaging activities featuring Disney and Pixar friends, both old and new”. Disney Dreamlight Valley’s popularity in September is clear to see, with the title occupying the top spot but also fifth and 15th with its Ultimate and Deluxe editions respectively.

As is described on the game’s website, “Once an idyllic land, Dreamlight Valley was a place where Disney and Pixar characters lived in harmony – until the Forgetting. Night Thorns grew across the land and severed the wonderful memories tied to this magical place. With nowhere else to go, the hopeless inhabitants of Dreamlight Valley retreated behind locked doors in the Dream Castle. Now it’s up to you to discover the stories of this world and bring the magic back to Dreamlight Valley.”

The second most downloaded title was Switch exclusive Splatoon 3, the latest entry in Nintendo’s multi-player third-person shooter series that sees players assume the roles of ‘Inkling’ or ‘Octoling’ characters, wielding weaponry that shoots coloured ink, with the aim of covering an arena with as much of their ink as possible. 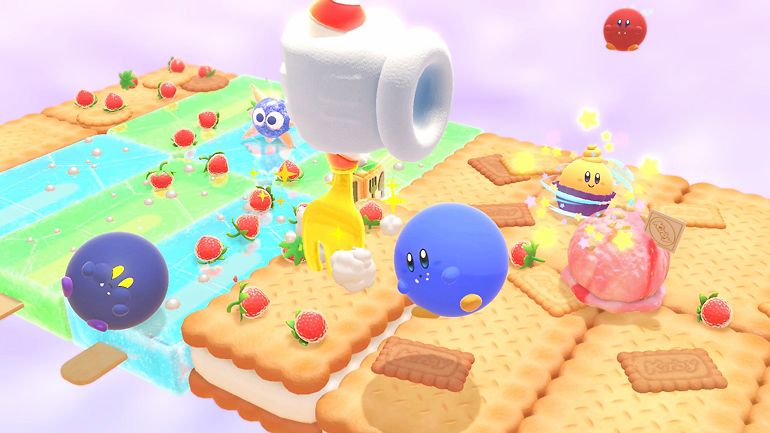 “Bringing classic point-and-click gameplay to the modern-day, intrepid pirates will solve puzzles and explore the islands with a clever evolution of classic adventure game controls.

In sixth place was the ever popular open world sandbox game Minecraft, in which players “explore randomly generated worlds and build amazing things from the simplest of homes to the grandest of castles”. They have the option of playing in creative mode with unlimited resources or delving into survival mode, where they have to mine and gather resources as well as craft weapons and armour to survive and fend off dangerous mobs.

Seventh spot on the list went to Cult of the Lamb, a rogue-like action-adventure game in which the player controls a lamb, builds a flock and explores a sprawling, randomly generated world, fighting hordes of enemies and defeating their leaders in order to absorb their power. The game also occupied 13th place on the list with a special edition that bundles the base game with a downloadable content (DLC) pack.

Switch exclusive Kirby’s Dream Buffet ranked eighth on the list. This multi-player title sees up to four players “roll through a smorgasbord of food-themed stages” as ball-shaped iterations of the character, Kirby. The ‘Gourmet Grand Prix’, sees players race across obstacles courses collecting strawberries to plump up Kirby, while also playing a mini-game in the bonus stage between races. Players then engage in the battle round, which is described as “a final fruity fight atop a floating platform”.

Ninth on the list was Bear and Breakfast, a laid-back management adventure game where the player assumes the role of a well-meaning bear trying to run a bed and breakfast in the woods.

“Hank and his friends find an abandoned shack and, equipped with their teenage ingenuity, turn it into a money-making bed and breakfast scheme for unsuspecting tourists. As your business expands so do the mysteries of the forest, and Hank soon finds himself uncovering a plot deeper than the wilderness itself.”

Rounding out the top 10 was Nintendo Switch Sports, a game featuring a collection of sports that use the Switch’s Joy-con controllers for controlled motions.

Speeding its way into 11th spot was racing game Mario Kart 8 Deluxe, followed by country-life role-playing game Stardew Valley in 12th and a special edition of the earlier mentioned Cult of the Lamb that bundles the base game with a DLC pack in 13th.