THE WASHINGTON POST – Emily Grodin has finally found her voice.

For her first 25 years, Grodin was largely unable to communicate due to non-verbal autism, which left her prone to meltdowns and on the outside looking in at most social and many educational opportunities.

Her parents, Valerie Gilpeer and Tom Grodin, always believed there was more to Emily trapped beneath the surface. So they fought tenaciously to secure the best education and to find ways to help Emily reach out.

Ultimately, it was Facilitated Communication (FC) – in which an aide helps a person with autism type, often by gently holding their elbow – that let Grodin be heard.

FC, which is taught in a few universities, has long been controversial, because speech therapists worry it may hinder verbal growth. Major groups dealing with non-verbal autism, including the American Speech-Language-Hearing Association and the American Psychological Association, dismiss it as a pseudoscience.

But from the beginning, Grodin was writing about things – from specifics of her medication – that her aide had no knowledge of, convincing her parents and medical experts it really was Grodin speaking. 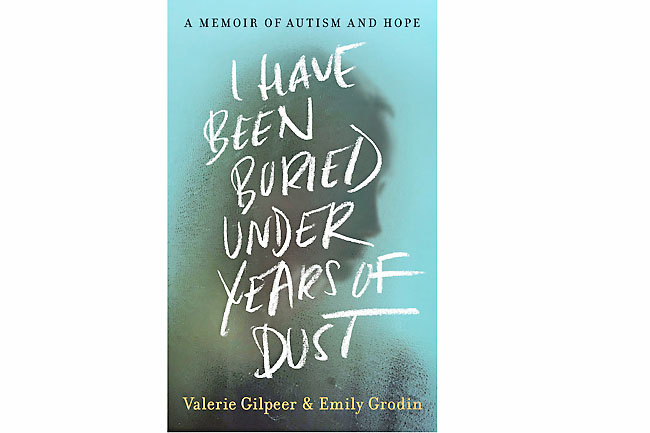 And she had a lot to communicate, beginning with, “I have been buried under years of dust and now I have so much to say”, a sentence that belies the stereotype of people with autism as merely
literal thinkers. That also created the title for a memoir by Gilpeer and Grodin.

I Have Been Buried Under Years of Dust takes us through Gilpeer’s struggles with her daughter, whose meltdowns were exhausting and occasionally frightening, and with experts and educators whose advice was sometimes dogmatic and less than helpful.

It also features Grodin’s writing, her perceptions of the autistic mind and her poetry.

Gilpeer would like to see more FC for non-verbal people with autism.

While not every child with nonverbal autism will be able to communicate with FC, she argued that it is worth trying sooner rather than later.

“If a child is not speaking by the time they are six, put an iPad in their hand. You need to take the person as you find them and adapt the services to that.”

Gilpeer wants to reach families coping with these issues but also anyone who works or interacts with individuals with autism.

“Emily has a rich inner life and she shines a light on the possibilities – don’t define her just by her autism and how she presents but look at the full person.”

Q: Were you wary of putting your story – the mistakes made and your strong opinions – in public, especially given the lingering controversy around Facilitated Communication?

Gilpeer: I think it’s important for people to understand that you do have false steps and things are not a trajectory that goes smoothly. Nor can you believe what every person tells you. I was particularly negative about behavioural modification for young children, but that approach is going through its own controversy right now. I was specifically aware we would get pushback on FC. Haters are going to hate and no matter what Emily does or what she demonstrates, it won’t change everybody’s minds.

Grodin: I pay no attention to those who speak of controversy with FC. Nobody who has seen me work in person has ever doubted what I do.

Q: How much has the stigma against and the understanding of autism changed since Emily was little?

Gilpeer: Things are improving, but we’re not at a point of full inclusion, especially for nonverbal people. The awareness is greater, but I don’t know if acceptance has changed, but people still recoil or stare at you. It’s different for people who have language: Cal Tech is filled with people who have Asperger’s. They’ve been accepted.

Grodin: I think that we are progressing in the treatment of autistic adults though. We are seeing more successful and purposeful adults on the spectrum now than the past. I know adults writing stories or films, and being college students, and creating music. That’s what I like to see.

Q: Not everyone will write at Emily’s level. Is FC still worthwhile for more limited people?

Gilpeer: You don’t know what you’re going to find if you employ alternative means of communication. It might not be writing poetry and prose like Emily, but that doesn’t mean it won’t enhance their ability to communicate and be engaged. People might go beyond Emily or achieve less, but the changes in her life are across-the-board, from educational to social opportunities. She’s happier and more flexible about everything. Using language made her more assertive and less reactive. I’m not saying she doesn’t get frustrated – everybody has a bad day – but the meltdowns have pretty much evaporated.

Q: Emily, is writing still as physically and mentally draining as when you started or was it a matter of developing those muscles, so to speak?

Grodin: It’s different now, but still takes a lot. In the beginning I would need time just to recover and ground myself. Before, I could not separate talking about something and the associated feelings. So there was a huge emotional toll every time I would type. It’s not like that anymore. My arm would ache when I was really new. I would get so frustrated but didn’t even think to tell my partner. Because I had to learn to identify my frustration and then express it while overwhelmed. I am actually still working on that. The soreness goes away with consistency. Now I mostly get tired mentally from my sessions. I call it brain tired.

Q: Were you thinking in such sophisticated terms – with metaphor and imagery – before you started using FC or has the ability to use language daily shaped the way you think?

Grodin: It did change, let me try to explain this. When language comes in now, I can process it faster, especially big amounts. Before I began typing, I think that I had a harder time processing incoming information because there was not a lot to do with it. But now I can think about information in a flowing way rather than in fragments. Before if someone were to speak to me, words or phrases familiar to me would drown out most else. Now I can really listen to the whole thing.

I feel like my brain perceives all language as poetry. It all needs to be unwrapped. But now I can unwrap much quicker. The hard part is thinking about what my brain was doing with words when I could not use them. I was more dominated by autistic brain. But when I started to write I had troves of words and phrases to choose from. 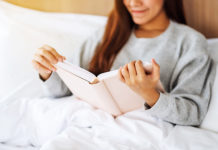 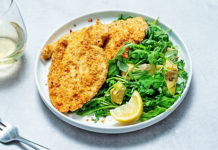 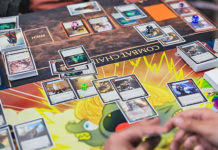