ANN/JAKARTA POST – Indonesian Military (TNI) Commander General Andika Perkasa has pledged that he will punish members of the military who were caught on camera kicking and punching football supporters at the Kanjuruhan Stadium in Malang, East Java, shortly before an on-pitch melee turned into a stampede that killed 125 people on Saturday.

Andika told reporters after a Cabinet meeting on Monday that soldiers involved in the incident would be prosecuted and that the TNI had also launched an investigation to look into the extent of violence committed by those soldiers.

“We’re not looking into disciplinary actions, but criminal prosecution, because what was displayed was an excessive use of force. It was not self-defense, it was purely criminal action,” Andika said as quoted by Antara news wire. Andika also pledged that an internal team was now looking into the identity of soldiers engaged in the violent acts.

“We will have the results by tomorrow afternoon. We promise,” Andika said. At least 125 people died at the football stadium in Malang late on Saturday when fans invaded the field and police responded with tear gas, triggering a stampede, officials said. 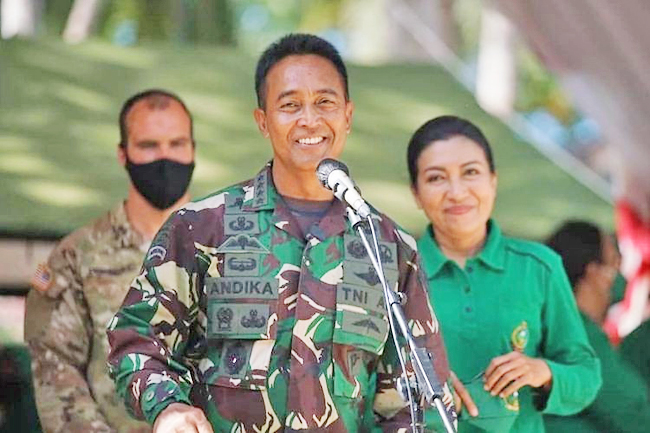