ANN/THE STAR – “Thank you for 35 wonderful years.” This is how an email from a coworker who is leaving might begin. Spending decades at the same company: Does that even exist nowadays?

In the 1990s, with the increase in flexibility and digitalisation in the world of work, the end of the “old career” was proclaimed in many labour markets, said Professor Thomas Rigotti of the Johannes Gutenberg University in Mainz, Germany. “However, this has not been the case.”

In many countries, the average length of employment has hardly changed in the past 10 to 20 years.

On the contrary, it has even increased slightly, said the professor of industrial, organisational and business psychology. Every second employee in Germany, for example, has been with their employer for over 10 years. On average, we change employer about four times in our lives. 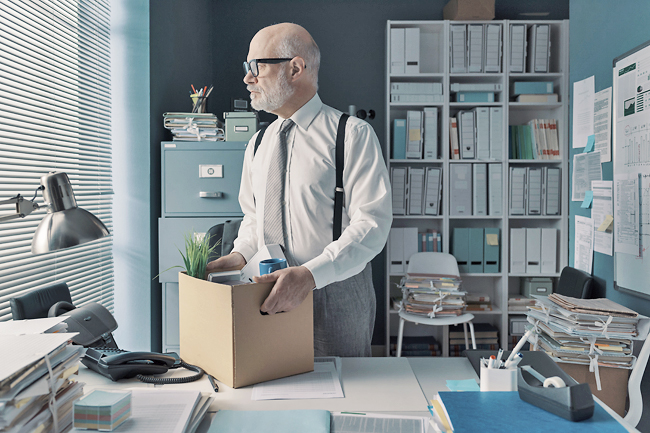 Nevertheless, “the mere thought of spending an entire working life with the same colleagues and perhaps even with the same tasks is terrifying for many”, said Director at the Institute for Employment and Employability Professor Jutta Rump.

As a rule, those starting their career today after graduating from university don’t expect to stay with their first employer until they retire, said Rigotti. “Most of them don’t even want to, but prefer to look for a new challenge after a certain amount of time.”

However, the bigger the company, the longer employees tend to stay. “Some stay for their entire careers,” said Rigotti. Vertical or horizontal changes are then sometimes easier, including an assignment abroad, for example at a branch office.

WORKPLACE AS A SECOND HOME

“If you have variety, feel comfortable and things are going well with your colleagues, you can definitely imagine staying longer,” said Rump.

Work as a kind of second home also gives you security, which is an important factor in these times. “But not at any price.”

Many people have a clear idea of what makes a good employer. For example, working on tasks or projects based on your talents and strengths, a good team atmosphere and a manager who is appreciative of what you do.

Employees need a perspective of where both they personally and the company are headed.

“And the job should have some kind of a purpose. If none of this ends up being the case, you’re more likely to take a leap,” said Rump.

STICK IT OUT FOR AT LEAST TWO TO THREE YEARS

The rule here is: Even though multiple changes in your CV can be evidence of how agile and flexible you are, according to Rump, recruiters become alert if the changes come very quickly. “You should stay in a job for two to three years, five would be great.”

Depending on the industry, however, employers’ expectations can vary, Rigotti said. In science, for example, it is expected that you have worked at more than one company and usually also abroad.

The question remains: Do you have to change jobs at some point, even if you’re satisfied? No, said Rump. However, it’s important to remain flexible and keep your options open in your head and not settle into a comfort zone.

According to Rigotti, the responsibility for one’s professional career and career planning lies more and more with the individual and not with the employer – which is how it used to be.

“Those who have a flexible career outlook, break new ground and proactively look for challenges will be in a better position.”