Time to save the wildlife species

ANN, THE STATESMAN – India is endowed with flora and fauna. Wildlife conservation is one of the key goals of the Indian government.

After achieving the target of doubling the number of tigers ahead of time, PM Modi has now given a target of conservation and protection of big cat species, including 50 cheetahs, in the country during the next five years to the ministries and agencies concerned.

The result of this effort is that eight cheetahs have arrived in India. This is the world’s first inter-continental large carnivore translocation project.

With the arrival of eight cheetahs from Namibia in Madhya Pradesh’s Kuno National Park, India has become the only country where all five members of the big ‘cat species’ are now present.

These cheetahs were brought to India from Namibia by special aircraft. Prime Minister Narendra Modi opened the cage and released them on the occasion of his birthday.

On this occasion, PM Modi said: “Very few such opportunities come to humanity when the cycle of time gives us a chance to rectify the past and build a new future. Luckily we have one such moment before us today. Decades ago, the age-old link of biodiversity was broken and became extinct, today we have a chance to reconnect it. Today the cheetah has returned to the soil of India. And I would also say that along with these cheetahs, India’s nature-loving consciousness has also been awakened with full force.” 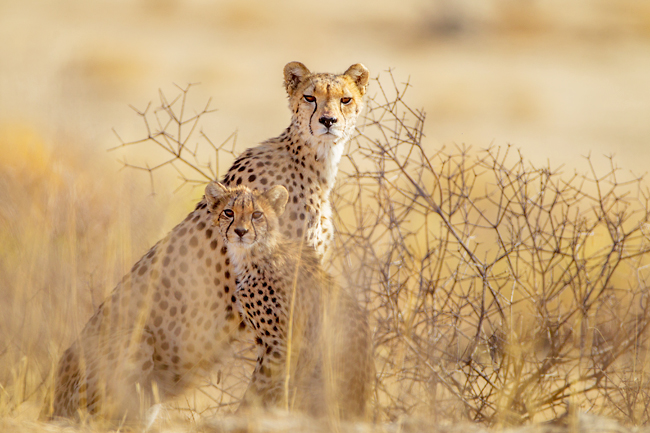 The last cheetah in India was found dead in Chhattisgarh in 1947 and was officially declared extinct in 1952.

The cheetah is one of the oldest species of big cat species that have been recorded in India from as far back as the BC era. Records of cheetahs being caught date back to the 1550s.

Pictures of cheetahs have been found in the rock paintings of our ancestors in the Chaturbhuj Nala of Gandhisagar Sanctuary and Kharbai in the Raisen district (Madhya Pradesh).

There are also written documents in which it is said that the British had declared a reward for killing cheetahs in the year 1871, due to which the crisis of cheetahs increased further.

The last cheetah was killed during British colonial rule in 1947 in Chhattisgarh.

It is part of Prime Minister Modi’s efforts to revive and diversify India’s wildlife and wildlife habitat. The eight cheetahs released, including five females, are from Namibia and have been brought under an agreement signed earlier this year. Cheetah re-introduction work is being done under Project Cheetah. They will be kept in quarantine for 30 days before their release in the wild.

Cheetahs will help restore the open forest and grassland ecosystem in India. This programme will help in the conservation of biodiversity. This will help in improving ecosystem processes like water security, carbon absorption and soil moisture conservation, which will benefit society at large.

To increase livelihood opportunities for the local community through eco-development and eco-tourism activities. With the arrival of these cheetahs, India has become the only country where the five members of the ‘big cat’ species – tiger, lion, leopard, snow leopard and cheetah are present.

In the 19th meeting of the National Tiger Conservation Authority, Environment, Forest and Climate Change Minister Bhupender Yadav unveiled the action plan for the rehabilitation of cheetahs in India.

In India, the Wildlife Protection Act of 1972 has notified animals like tigers, elephants, rhinoceros and lions as endangered species, which have been given the highest degree of protection.

India is part of the Convention on International Trade in Endangered Species of Wildlife and Flora, the South Asian Wildlife Enforcement Network, coordinating with international agencies that control of wildlife crime.