THE WASHINGTON POST – Remember the maximalist vs minimalist running shoe debate? Irene Davis is trying to bring it back.

Davis gained acclaim for her role on the Harvard research team behind the rise of barefoot running 12 years ago. The swift arrival of barefoot, or minimalist, running was only rivalled by its rapid decline. After injuries increased and lawsuits punished claims of injury reduction, the trend shifted to mega-cushioned shoes like the Hoka.

Minimalism lost that round. But now, based on her team’s new research, Davis is again advocating for footwear that lacks support or cushioning – this time with a focus on all people, not just runners, and especially children and seniors.

“We need to get this message out about what we are doing to our feet,” said Davis, who is the founding director of the Spaulding National Running Centre in Boston. “I just don’t think our feet were designed or adapted to be supported or cushioned all the time.”

She believes that 60 years of footwear modernisation shouldn’t outweigh two million years of evolution. “Minimal footwear is where we came from,” she said.

And she believes it’s especially important to remember that in the case of children. Her new research suggests that bracing and supporting young feet with orthotics or cushioned shoes doesn’t allow the foot to develop normally, with weaker muscles and a lower arch the result. 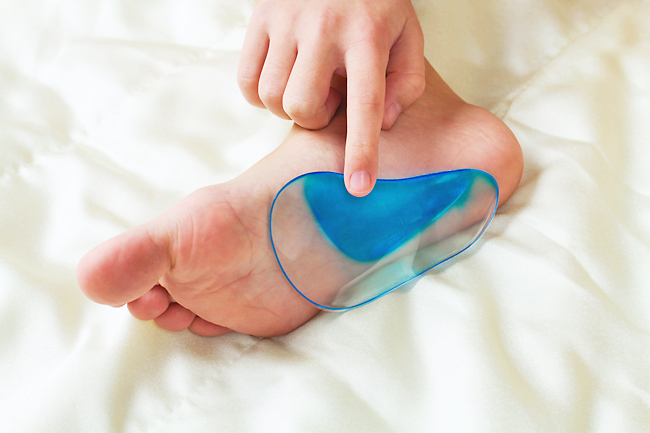 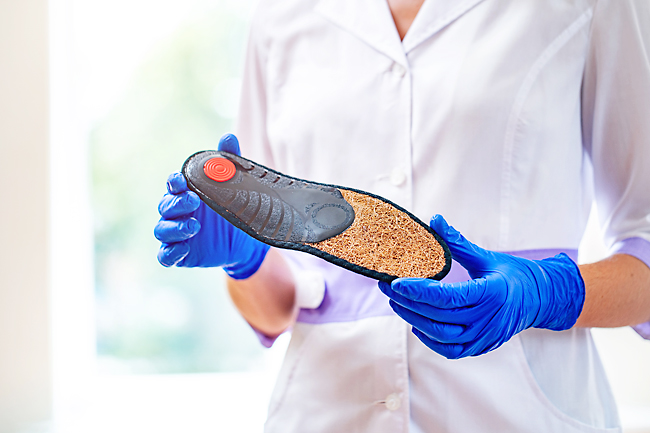 According to Davis’ earlier research, years of running barefoot or in minimalist footwear – as with the African runners cited in the 2009 book that popularised the choice, Born to Run – builds up the resiliency of the calf and foot muscles, Achilles tendon and bones of the feet that bear the load of the running style.

“We know tissues adapt to load and the environment they are in,” said Jay Dicharry, a physical therapist and running injury expert. “If you put them in less, they tend to adapt and become stiffer and stronger.” Dicharry has kept his own children in light, flexible footwear for that reason. “If you give your kids that gift now, when they are our age, we won’t be having this conversation,” he said.

However, Stewart Morrison, an expert in pediatric foot development at the University of Brighton in England, isn’t so sure. “The interaction between the child and their environment is complex, and studies often reduce development to a single variable,” he said. “That is misleading, and there are more prominent influencing factors.” For instance, said Morrison, “I think genetics do play a considerable factor in determining foot shape, as supported by the evidence linking genetic predisposition to some foot deformities.”

Indeed, the debate is not really about whether walking barefoot or wearing minimalist shoes strengthens the feet; most experts readily agree that it does. The issue is that no one can yet say what improved foot strength means for future orthopedic health. Though Davis and her research team believe that putting children in incorrectly fitted footwear can lead to a whole slew of future problems, notably deformities such as flat feet and bunions, there aren’t any longitudinal research studies to reinforce that claim.

Nor are there studies that show that minimalist shoes prevent injuries. Despite that, Davis sees the argument this way: “The logical approach is this: If you take support away, the feet get stronger. Adding support makes the feet weaker. Weaker feet tend to be associated with more pathology like plantar fasciitis.” However, there’s not a study that has shown that minimal shoes prevent plantar fasciitis, she said.

Even people who have conditioned their feet to the stresses of barefoot running, such as professional runner Lopez Lomong, who didn’t wear shoes until he immigrated to the United States at 16, believe that you can benefit from wearing a more structured shoe. Though he values the foot strength he gained from walking and running barefoot, “I do not believe that a 14-plus year professional career would have been possible without the support of shoes on paved roads and through the thousands of miles of training in a season,” Lomong said.

Plus, he said, the conditions in Kakuma and South Sudan, where he grew up, were more conducive to running barefoot, with sandy and soft ground in grasslands. “The conditions that amateur and professional athletes face in developed countries are not conducive to barefoot running.”

Part of the problem with the initial foray into barefoot running was this very issue. The science made sense, but its application was less sure-footed.

“When minimalism came around the first time, its big flaw was the promise that if you went to a minimalist shoe and ran on your forefoot, you wouldn’t get injured,” said Jeff Dengate, editor in chief of Runner’s World magazine. “That didn’t happen, didn’t pan out, and the pendulum really swung back to the extreme opposite, to Hokas, to maximalism.”

Maximalist shoes, with a thick sole of cushioning under the foot and a light upper, feel good. However, when it comes to injury, thick-soled, cushioned shoes don’t appear to be any more protective than their thin-soled rivals. In fact, because the body automatically adjusts the springiness of the leg muscles according to the level of cushioning of the shoe and ground underfoot, some research shows that maximalist shoes actually increase the impact to the leg with running.

For seniors, ultra-cushioned shoes might lead to a different danger, the risk of falling. Davis hypothesises that shoes with an extra thick layer of foam can filter out sensory information, diminishing balance and stability, and increasing the likelihood of falls, a significant risk to health and the largest cause of injury-related deaths in older adults.

Dicharry agrees that a cushioned, high-off-the-ground maximalist shoe mutes “the feedback that you would normally get between transitions in surfaces, especially those that are hard to distinguish visually”, such as the transition from a wood floor to a beige carpet. And that’s when falls happen, he said. What’s more, he emphasises such shoes are inherently more unstable.

Thin-soled minimalist shoes are lower with a better ground feel, Davis said. “It’s been shown that elderly people in minimal shoes have better balance and coordination.”

So where does this leave parents and seniors?

We have the ability to give our kids more than just footwear style, said Dicharry, and that’s the opportunity for good biomechanics and a strong and robust skeleton. “Putting them in as little shoe cushioning as possible, with a wide toe box for their toes to spread out, ensures they build proper coordination and stability for now, and later in life,” he stresses. “If you could go back and make a simple change in your footwear 25 years ago for a better functioning foot now, wouldn’t you change your kicks?”

For the elderly, everyone ages and our parts get old. Some people’s feet and ankles move pretty well, and others don’t, Dicharry said. “If you can’t move properly because of a stiff joint, you may need some specific footwear to assist proper movement,” he said. That can include a heel lift, wider vs narrower shoe, or more or less of a rocker sole.

That’s why, Dicharry believes, we can’t say “everyone over 65 must be in this one shoe”.

“But because of fall risk, it’s critical that the elderly still have some ground feel, that awareness and sensation of what’s underfoot,” he said. We want to make walking more comfortable and safer, he adds, because “the reality is that we want seniors to stay active”.