MIAMI (AFP) – Former world number one Tiger Woods, recovering from severe leg injuries in a 2021 car crash, sank to a career-low 1,206th in the world golf rankings released on Monday.

The 15-time major winner, second only to the record 18 won by Jack Nicklaus on the all-time list, fell seven spots below his previous worst mark, which came in 2017 after back surgery.

Woods spent a record 683 weeks atop the world rankings but tumbled after numerous back and leg injuries.

Woods delighted fans last weekend by playing his nine-hole par-3 course, The Hay at Pebble Beach, social media posts showing off his putting and driving skills and walking some hilly ground as well.

Woods, who shares the all-time record of 82 PGA Tour triumphs with Sam Snead, has made only a limited comeback since suffering leg injuries in February 2021 in a one-car accident in Southern California that left him hospitalised for weeks and bed-ridden for months.

He returned to competition last April in the Masters after a 14-month layoff, finishing 47th after walking 72 holes at Augusta National.

The 46-year-old icon withdrew after three rounds at the PGA Championship in May at Southern Hills and missed the cut in July at St Andrews in the British Open in his most recent start.

Speculation has surrounded when Woods might be well enough to play again, much of it around his Hero World Challenge invitational charity event that begins on December 1 in the Bahamas.

There were 17 players announced last week for the Challenge with three spots left open for exemptions, one potentially for Woods should he desire to play. 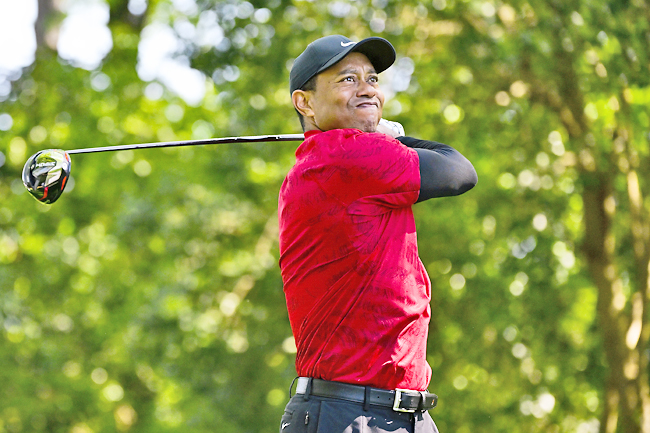