THE WASHINGTON POST – Benedict Cumberbatch delivers an appealing, technically tricky performance in The Courier, in which he plays Greville Wynne, a British salesman who in the 1960s became an improbable player in Cold War tradecraft at its most high-stakes.

Wynne really did exist, a fact that bears noting because his story is often too wildly dramatic to believe.

In The Courier, Cumberbatch plays him with sodden, people-pleasing bonhomie; he’s a decent bloke but a bit of a lightweight, simply interested in making his next sale and getting home to with his witty, pretty wife, Sheila (Jessie Buckley), and their adorable 10-year-old son.

When Wynne is approached by CIA operative Emily Donovan (Rachel Brosnahan) and her opposite number at MI6 (Angus Wright), Wynne is nonplussed: He’s not a spy. But that’s the point. He’s above suspicion, with his only job being to travel to Moscow, do what he would usually do trying to drum up trade with a foreign market, and – oh yeah, make the acquaintance of a Soviet official and World War II hero named Oleg Penkovsky (Merab Ninidze), who wants to avoid the nuclear confrontation he is certain Nikita Khrushchev is about to unleash.

Directed by Dominic Cooke from a script by Tom O’Connor, The Courier is enormous fun in its first hour and a half, while Cumberbatch makes the most of his good-humoured character, who develops a genuine friendship with Penkovsky, portrayed by Ninidze with touching soulfulness.

The filmmakers use Prague as a convincing stand-in for Moscow’s drab postwar brutalism. Fans of the wonderful Dear Comrades! will appreciate seeing another side to the same period, as Wynne is entertained with seemingly endless supplies of caviar and ballet.

When Penkovsky informs him that his remit hinges on the ability to be sober, Wynne replies with a twinkle: “It’s my one true gift.”

Cumberbatch delivers that line with the same jaunty, self-aware tone that gives The Courier its lift and high spirits, at least until the story takes a far darker and more drastic turn. That emotional shift isn’t always quite as graceful as what’s gone before, with Cumberbatch at one point literally overplaying his hand to portray Wynne at a terrifying mental and physical breaking point.

Still, The Courier makes a smart, stylish stand for the kind of old-fashioned period spy thriller that is increasingly being turned into bingeable series for streaming services. Its modesty and carefully managed ambitions define its strong suit at a time when such films are scarcer every day.

The Courier isn’t a great movie, but it’s a good one. And right now, that’s enough. 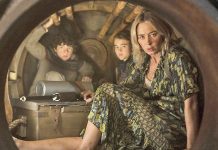 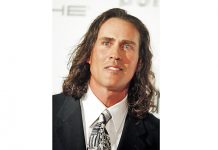 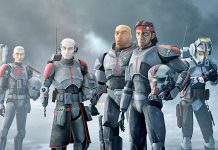 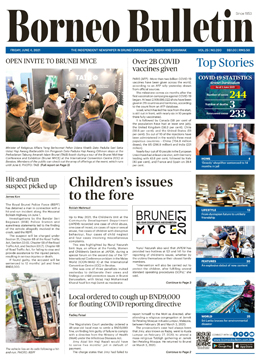 Children’s issues to the fore