According to initial investigations, enforcement personnel on patrol detected a suspicious sack in the plantation area. An inspection of it revealed 12 bottles of alcohol. The contraband was seized and brought back the Kampong Ayer Police Station for investigation. The case has been handed over to the Royal Customs and Excise Department for further action.

Meanwhile, another operation a day earlier resulted in the foiling of two smuggling attempts, through the Taskforce Security COVID-19 joint operation.

At 2.14am, two huge suspicious boxes were found at Lumapas, containing 2,370 packets of tobacco. An hour later, two more boxes encased in black bin bags were detected in the Lumapas area, containing 96 cans and 36 bottles of liquor.

All items were seized and taken to the Kampong Ayer Police Station for investigation, before being handed over to the Royal Customs and Excise Department for further action.

The RBPF will continue to patrol the border areas to eradicate criminal activities. Members of the public can channel information on smuggling activities to police hotline 993 or the nearest police station. 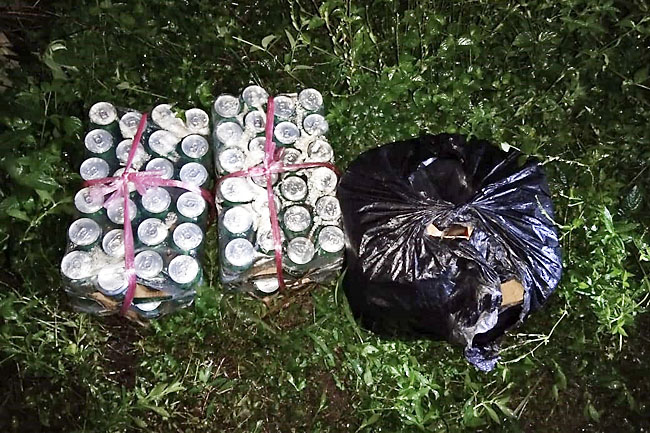