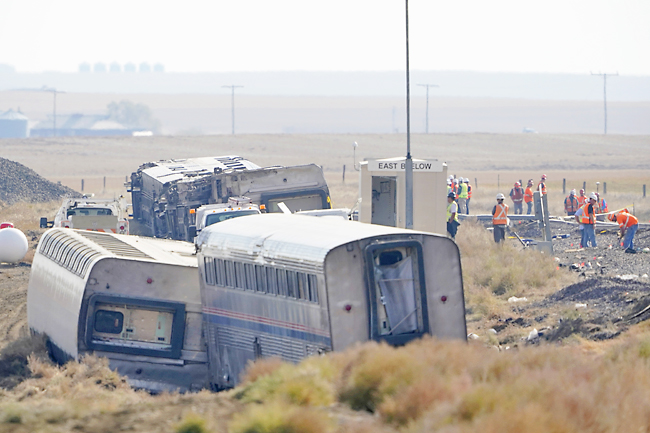 None of the train’s passengers or crew were hurt, Amtrak said. The North Charleston Fire Department said the SUV was heavily damaged when police arrived at the marked crossing early Saturday after the collision was first reported to emergency dispatchers shortly before 2.30am.