Three killed, five wounded in IS attacks in Iraq

BAGHDAD (XINHUA) – Two security members and a civilian were killed and five people were wounded in two attacks by Islamic State (IS) militants in the Iraqi provinces of Salahudin and Diyala, security sources said yesterday.

In one attack, the extremist IS militants attacked a paramilitary Hashd Shaabi outpost near the city of Samarra, some 120 kilometre north of the Iraqi capital Baghdad, leaving two Hashd Shaabi members killed, the Hashd Shaabi said in a statement.

It said that the killed members are affiliated with armed group Saraya al-Salam, or Peace Companies, loyal to the Shiite cleric Moqtada al-Sadr.
In another attack late on Sunday night, IS militants attacked a village located in the east of

Diyala’s provincial capital Baquba, some 65 kilometres northeast of Baghdad, killing a villager and wounding five others, a provincial security source told Xinhua on condition of anonymity.

Iraqi security forces rushed to the scene and launched a search campaign looking for the attackers, the source said.

Meanwhile, in the early morning of yesterday, Iraqi security forces repelled another attack by IS militants on military bases in the Makhoul mountain range in the northern part of Salahudin province, killing an IS militant, Colinel Mohammed al-Bazi from the provincial police told Xinhua.

Over the past months, Iraqi security forces have conducted operations against the extremist militants to crack down on their intensified activities.

The security situation in Iraq has been improving since 2017 after defeating the IS.

However, the IS remnants have since melted into urban centres, deserts, and rugged areas, carrying out frequent guerilla attacks against security forces and civilians. 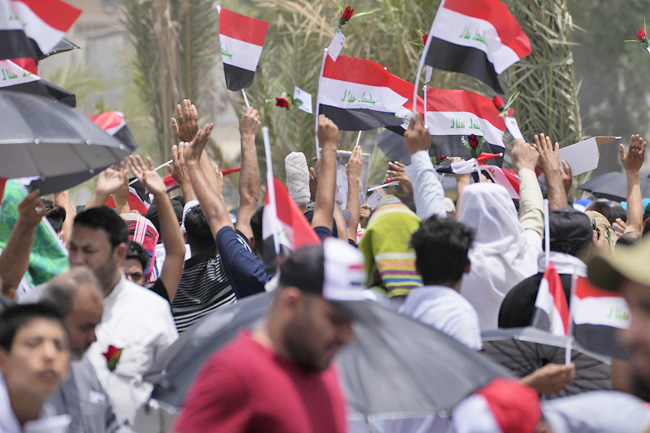